Houston Police Chief Just Slammed the Government's Order to Deport an 11 Year-Old Girl Without Her Family, Likening Those Who Would Follow the Order to Nazis 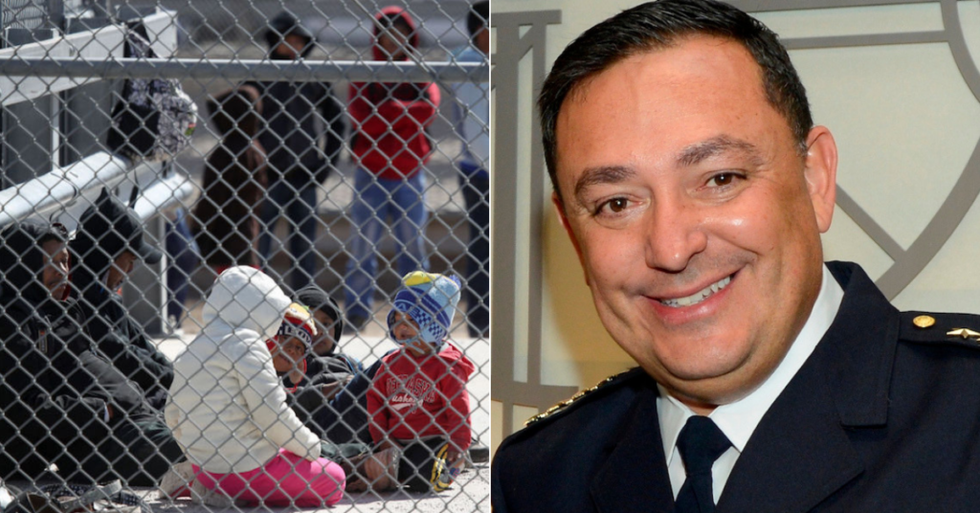 President Donald Trump's immigration reforms are drawing criticism again after deciding to deport an 11-year-old girl without her family. One of those critics is the Chief of Police in Houston, Texas, Art Acevedo.

Acevedo took to Twitter to express his outrage over the recent family separation directed by the Trump administration.

"This is heart-wrenching. 1,000 points of light? Family values? [American] values? Judeo-Christian values? If you’re a person of faith, speak out. WWJD?"

"Yep. The Nazi’s enforced their laws as well. You don’t separate children from their families! Ever! You’d have to kill me to take my child from me simply because I was trying to get them to a better place for a better tomorrow. I am glad to be on the right side of history."

Yep. The Nazi’s enforced their laws as well. You don’t separate children from their families! Ever! You’d have to k… https://t.co/OUV6TVqfhS
— Chief Art Acevedo (@Chief Art Acevedo) 1555070731.0

"Keep them together and if they don’t meet asylum requirements deport them as a family unit. We need comprehensive immigration reform but both major political parties have failed to address this problem because it gives tnem an issue to pander to their respective base."

Keep them together and if they don’t meet asylum requirements deport them as a family unit. We need comprehensive i… https://t.co/lyEyc01uYu
— Chief Art Acevedo (@Chief Art Acevedo) 1555070731.0

The family in question was apprehended at the U.S.-Mexico border in October. The family, seeking asylum, was released and followed government instructions, visiting Immigration and Customs Enforcement officials every two weeks.

But the child was ordered back to El Salvador without her mother, Dora Alvarado, and 15-year-old sister because the 11-year-old missed a court appearance and subsequently received the deportation order. The family's lawyer blames immigration officials for the missed court date.

Acevedo has criticized the Trump administration's immigration policies before.

Acevedo, who is also a vocal proponent of sensible gun control laws, tweeted in June about immigration and the Trump administration's "zero tolerance" family separation policy.

Acevedo is not without critics.

But people had responses for his critics.

@ArtAcevedo Did people read the article? The family was seeking asylum, not breaking laws. The whole incident is ap… https://t.co/ebK3SgC1Lb
— Marcat (@Marcat) 1555078537.0

And for each criticism there were several more supportive comments.

@ArtAcevedo It’s not every day I feel a need to express my admiration for a police Chief. But today’s the day. You… https://t.co/niozu5P6ev
— No Whackadoodlery (@No Whackadoodlery) 1555099612.0

The girl's lawyer plans to appeal the deportation order.