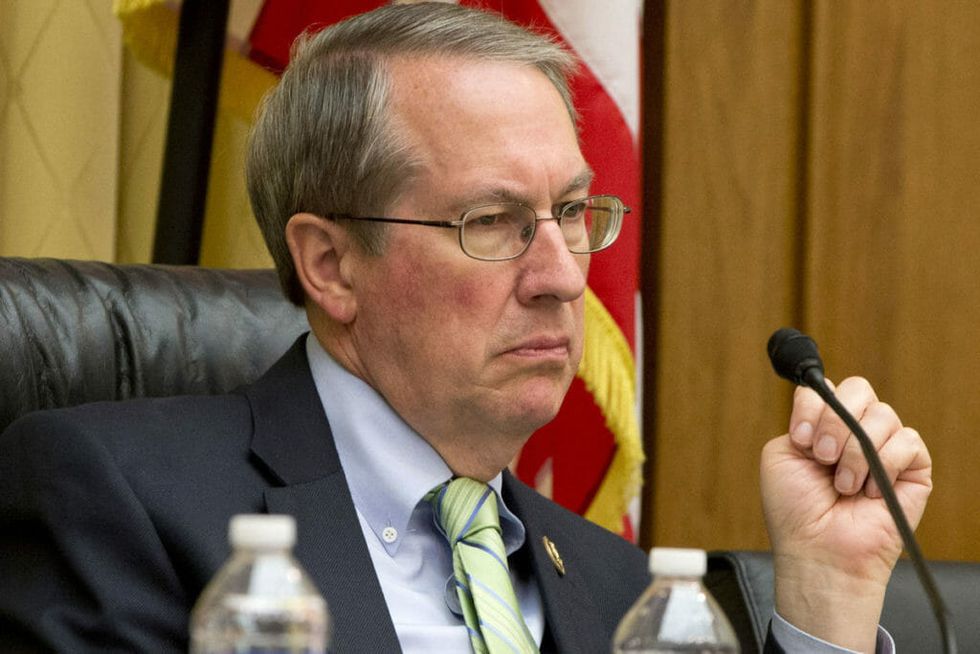 UPDATE AS OF 12:22 PM: House Republicans have backed out of plans to gut the Office of Congressional Ethics after an emergency conference meeting. The House has decided to reverse their move only a day before a new Congress convenes. President-elect Donald Trump tweeted a statement calling the ethics committee "unfair" to legislators, but said House Republicans should focus on more important measures like tax reform and healthcare.

House Republicans voted yesterday to eviscerate the Office of Congressional Ethics, an independent body created in 2008 in the aftermath of corruption scandals which sent several members of Congress to prison. The move did not become public until late yesterday when Representative Robert W. Goodlatte, Republican of Virginia and chairman of the House Judiciary Committee, announced that the House Republican Conference had approved it. The House did not provide advance notice or debate on the measure.

The ethics change would place the Office of Congressional Ethics under the control of the House Ethics Committee, which is run by lawmakers and has faced accusations that it ignored credible allegations of wrongdoing by legislators. Rep. Goodlatte sponsored the measure, which passed 119-74. He defended the change in a statement: "The amendment builds upon and strengthens the existing Office of Congressional Ethics by maintaining its primary area of focus of accepting and reviewing complaints from the public and referring them, if appropriate, to the Committee on Ethics,” he said.

The Office of Congressional Ethics is overseen by a six-member outside board and does not have subpoena power. It does, however, have its own staff of investigators who spend considerable time conducting confidential interviews and collecting documents based on both public and media complaints before revealing findings which detail any possible violation of federal laws. The outside board then votes on whether to refer the issue to the full House Ethics Committee, which would conduct a review of its own. The House Ethics Committee, however, is required to release the Office of Congressional Ethics report detailing the alleged wrongdoing––even if it strikes down the potential ethics violation as unfounded. This arrangement is meant as a check to deter lawmakers from engaging in questionable behavior.

But the new arrangement would bar the newly created Office of Congressional Complaint Review from taking anonymous complaints. All of its investigators would be overseen by the House Ethics Committee itself, whose body consists of lawmakers who would answer to their own party. Rep. Goodlatte said that the Office of Congressional Complaint Review would also have special rules to “better safeguard the exercise of due process rights of both subject and witness," which likely reflects the complaints of several lawmakers that the investigations led by the ethics office's staff were often too aggressive. Government watchdog groups dismissed these allegations as evidence lawmakers sought only to protect themselves from facing charges.

“Republicans claim they want to ‘drain the swamp,’ but the night before the new Congress gets sworn in, the House GOP has eliminated the only independent ethics oversight of their actions,” Pelosi said in a statement. "Evidently, ethics are the first casualty of the new Republican Congress.”

Chris Carson, president of the League of Women Voters, had harsh words for Speaker Paul Ryan and his leadership. “We all know the so-called House Ethics Committee is worthless for anything other than a whitewash––sweeping corruption under the rug. That’s why the independent Office of Congressional Ethics has been so important," she said. "The OCE works to stop corruption and that’s why Speaker Ryan is cutting its authority. Speaker Ryan is giving a green light to congressional corruption.”

In a statement, ethics watchdog group Citizens for Responsibility and Ethics in Washington said the Office of Congressional Ethics "is one of the outstanding ethics accomplishments of the House of Representatives, and

it has played a critical role in seeing that the congressional ethics process is no longer viewed as merely a means to sweep problems under the rug... If the 115th Congress begins with rules amendments undermining O.C.E., it is setting itself up to be dogged by scandals and ethics issues for years and is returning the House to dark days when ethics violations were rampant and far too often tolerated."

A House aide who was not authorized to speak on the record denied any suggestion that the Office of Congressional Complaint Review was a new entity, insisting that the current staff would remain and that the outside board would continue to preside over cases. “It’s the same office, same people, most of the same rules,” said the aide.

But Bryson Morgan, who worked as an investigative lawyer at the Office of Congressional Ethics from 2013 until 2015, disagrees. Members of the House committee, under his interpretation of the new rules, could move to halt an inquiry before completion. "This is huge," he said. “It effectively allows the committee to shut down any independent investigation into member misconduct. Historically, the ethics committee has failed to investigate member misconduct.”

"This is all happening at the same time that the most corrupt president in modern history––almost by definition––is about to take office," writes Kevin Drum, a political blogger for Mother Jones. "Donald Trump has made it crystal clear that he doesn't care about conflict-of-interest allegations and plans to use the presidency to boost his family's wealth by as much as the traffic will bear. Republicans in Congress have responded by making it clear that this is fine with them, and now the House is making it equally clear that they don't intend to allow any serious investigations of corruption among their own members."

The ethics change is part of a rules package which the house will vote on today. The package also includes a measure to punish lawmakers if there is a repeat of the Democrat sit-in last summer over gun control. Following the massacre at Orlando's Pulse nightclub in June, Democrats continued their sit-in even after the House adjourned and live streamed the events online, bypassing the shutoff of the chamber video cameras. House GOP leaders want to empower the sergeant-at-arms to fine lawmakers up to $2,500 for using electronic devices to photograph, film or broadcast from the House floor. The move would keep anyone from viewing the goings-on of the House floor after the official chamber video cameras are shut off.