The NRA Tried to Kill the House Version of the Violence Against Women Act, and They Just Failed Spectacularly 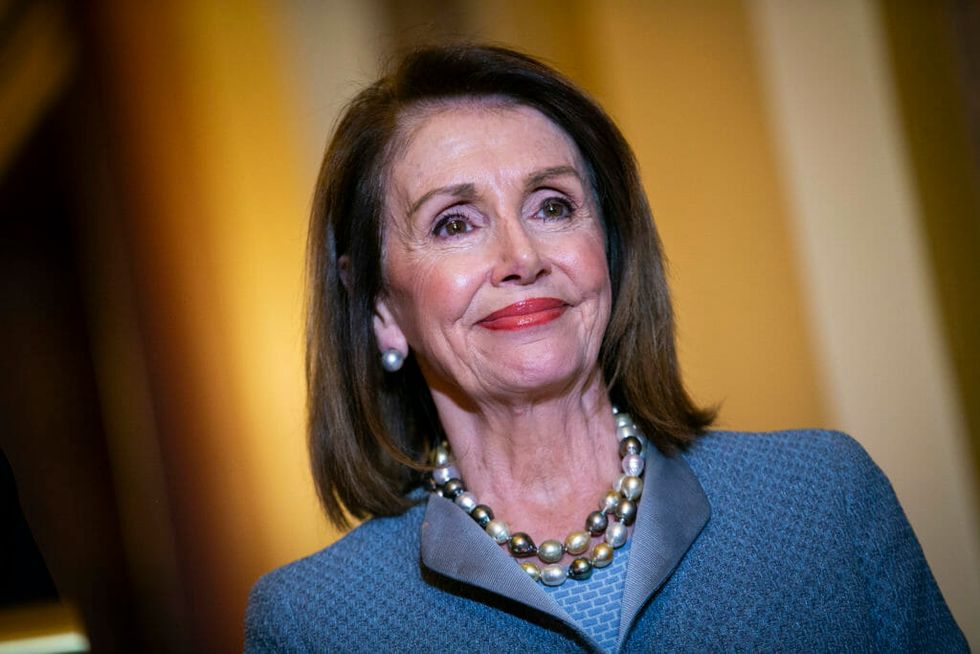 WASHINGTON, DC - APRIL 03: U.S. Speaker of the House Nancy Pelosi (D-CA) listens as she meets with NATO Secretary General Jens Stoltenberg in her office in the U.S. Capitol, on April 3, 2019 in Washington, DC. In commemoration of the North Atlantic Treaty Organization (NATO) alliance’s 70-year anniversary, Stoltenberg will address a joint session of Congress ahead of a meeting of the alliance's foreign ministers. (Photo by Al Drago/Getty Images)

In 1994, Congress passed the Violence Against Women Act (VAWA) to address issues of domestic violence and sexual assault. The law was expanded in 2000, expanded again in 2005 and was reauthorized about every five years since.

This year, the Act again faced reauthorization and adjustments to meet current needs. With the statistics supporting a continuing need for VAWA—especially in marginalized communities—and women comprising over half of the population, most would think reauthorization would be assured.

However one powerful lobbying group vocally opposed the reauthorization of VAWA: the National Rifle Association (NRA).

But what does VAWA have to do with the NRA?

The NRA argued that a new provision to address domestic partners who murder their exes was going too far. The addition sought to close the "boyfriend loophole."

The latest update is a bipartisan effort. Co-sponsored by Rep. Karen Bass (D-CA) and the only GOP co-sponsor, Brian Fitzpatrick (R-PA), Democrats are seeking to expand services under the law like providing additional financial resources for women to stay in their homes after leaving an abusive partner and increasing punishments for cyberstalking and online threats of violence.

But the provision that rankled the NRA bans all intimate partners convicted with abuse and stalking from purchasing a firearm. Current law only bans a person if he or she was "married to, lived with, or have a child with the victim."

"The gun control lobby and anti-gun politicians are intentionally politicizing the Violence Against Women Act as a smokescreen to push their gun control agenda."

The NRA also threatened to publicize the names of any lawmaker that supported the reauthorization of VAWA.

NRA has come out against the #VAWA bill because of gun safety provision on stalkers and domestic abusers I’ve long… https://t.co/CVVfeqJyWR
— Amy Klobuchar (@Amy Klobuchar) 1554312858.0

But House Speaker Nancy Pelosi doubted the NRA's threat would affect the outcome of the vote in the House in advance of the measure passing. She stated:

"There’s very discrete provisions that relate to protecting women’s safety. And [the NRA] are against it. I don’t see that it has much impact on the passage of the bill in the House of Representatives."

And the reauthorization did pass in the House.

"One-in-four women experience severe intimate partner physical violence, and one-in-seven have been stalked by an intimate partner to the point at which she felt very fearful, or believed that she or someone close to her would be harmed or killed."

People reacted to the news, and the NRA's opposition.

Many women spoke in defense of the law and its benefits. They also called out the NRA for caring more for gun manufacturer profits over public safety.

The #NRA wants to block the #VAWA because they think it’s ‘unfair’ that CONVICTED abusers and stalkers might not b… https://t.co/NKrgrqRWUG
— FactCheckU (@FactCheckU) 1554416289.0

#VAWA passed in the House, amid "objections from the NRA and Republicans who say it will 'restrict gun rights' by p… https://t.co/0WhRrbrLpt
— Dalilah Marton (@Dalilah Marton) 1554414862.0

seriously?! there are certain 'rights' you forfeit when you commit a crime this is one of those rights stalkers… https://t.co/OH3FaFVCmy
— Dalilah Marton (@Dalilah Marton) 1554414863.0

The reauthorization now passes to the Senate where it is likely to see opposition from the Republican majority.