Oh, they're gonna love this. 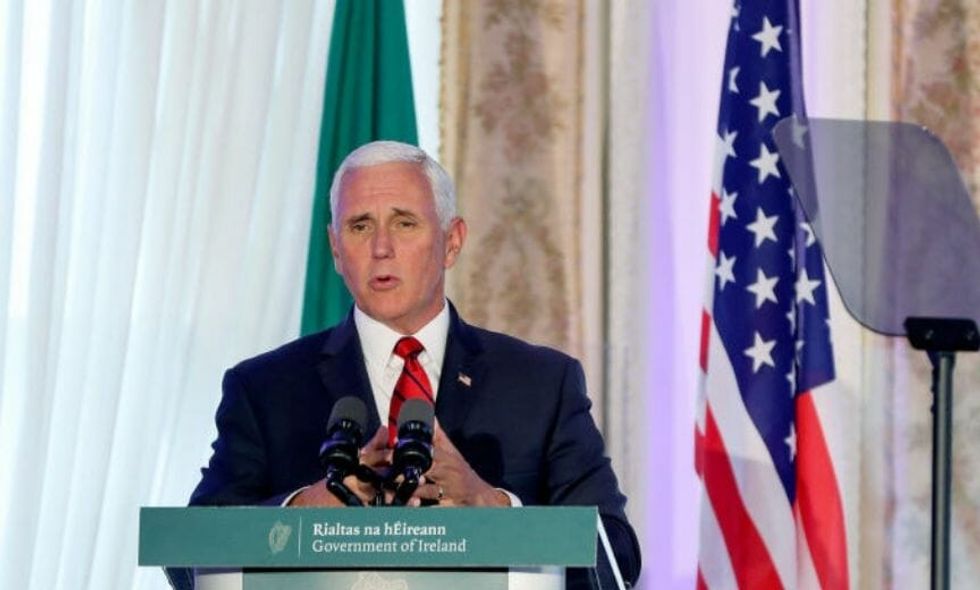 DUBLIN, IRELAND - SEPTEMBER 03: US Vice President Mike Pence holds a press conference with Taoiseach Leo Varadkar at Farmleigh House on September 3, 2019 in Dublin, Ireland. The Vice President is on an official two-day visit to Ireland and is staying at President Trump's golf course resort Doonbeg in County Clare. (Photo by Pool/Getty Images)

Vice President Mike Pence raised eyebrows when he stayed at Trump International Golf Links and Hotel in Doonbeg, Ireland, 180 miles away from his daily meetings in Dublin.

While Pence's staff claimed this was because it was Pence's "ancestral hometown," people were still crying foul.

According to Pence's Chief of Staff, Marc Short, Trump suggested Pence stay at the hotel, but Short stressed that it was only a "suggestion." The White House later denied Trump every having suggested this.

In light of the chance that Trump may have personally profited from Pence's stay at his hotel, House Oversight Committee Chairman Elijah Cummings (D-MD) issued four letters requesting information and documentation regarding Pence's stay at the Trump hotel.

"Reports indicate that this property has been a problematic investment for the Trump Organization and has failed to turn a profit in years," Cummings writes in the letter.

After pointing out that the President's stay at the same hotel this past June cost taxpayers over $3 million, Cummings later wrote:

“The Committee does not believe that U.S. taxpayer funds should be used to personally enrich President Trump, his family, and his companies.”

It's unclear right now whether or not White House staff will accommodate the committee's request, but if the past is any indication, they're likely to be resistant. As of this May, the Trump administration have been attempting to block over 20 separate House investigations.

But while the Trump administration may stonewall the House Oversight Committee, others consider its efforts more than warranted.

@ABC This is an example of how Trump has enriched himself at the expense of taxpayers. Another example is renting g… https://t.co/Kop19d8yJM
— whosyourmedic (@whosyourmedic) 1567779914.0

Others have lost hope for any significant rebuke of the administration's corruption.

@jdawsey1 @PreetBharara Great but what will come of it? Trump has been fleecing the tax payers with impunity since… https://t.co/7dhZV7wQfL
— mstone (@mstone) 1567780974.0

@jdawsey1 @NicolleDWallace There are not enough days on the calendar for all of the investigations. Drain the swamp… https://t.co/bS2xwdIFZR
— nyrs_rangers (@nyrs_rangers) 1567787219.0

The House will soon reconvene following the August recess. Time will tell if action is taken.