People Speculate Where Trump Should Build His 'Presidential Library'

After Donald Trump Tried to Put Absurdly High Dollar Amounts on the 'Cost of Illegal Immigration', the House Homeland Security Committee Fired Back With a Blunt Clarification

A fact check for the ages. 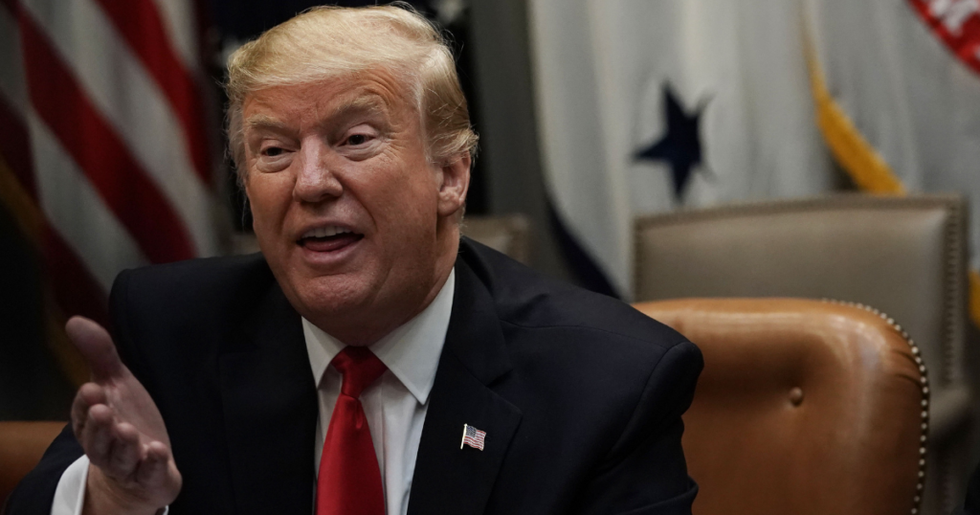 President Donald Trump on Sunday got dragged for tweeting out questionable statistics regarding illegal immigration and its impact on the economy.

The House Homeland Security Committee, chaired by Representative Bennie Thompson (D-MS), quickly called out Trump for using "completely fabricated" figures that "should not be taken as true in any way."

Indeed, Trump's Department of Homeland Security estimated in 2015 that there are approximately 12 million undocumented immigrants living in the United States.

But an MIT-Yale study in 2018 may hint at where Trump's number originated. Using data from border apprehensions and visa overstays, the paper suggested a higher population of undocumented immigrants than previously thought.

“Our results lead us to the conclusion that the widely accepted estimate of 11.3 million undocumented immigrants in the United States is too small,” the authors, MIT’s Mohammad Fazel-Zarandi and Jonathan Feinstein and Yale's Edward Kaplan, wrote. “Our model estimates indicate that the true number is likely to be larger, with an estimated 95 percent probability interval ranging from 16.2 to 29.5 million undocumented immigrants.”

People want the president to cite his sources because this number is certainly not from "DHS" as mentioned in Trump's tweet.

@realDonaldTrump I dare you to prove these numbers are true and accurate and cite a source. Go ahead! I dare you! Y… https://t.co/c4NKggVkal
— Stephen Matteo (@Stephen Matteo) 1548694606.0

@HomelandDems @ManMadeMoon @realDonaldTrump The question is, who is feeding him these crazy numbers? Is he just mak… https://t.co/nWpBVoChSB
— Kristen Miller (@Kristen Miller) 1548690831.0

Further, the costs Trump mentioned are also totally made-up and certainly did not come from DHS.

Trump has previously pegged the cost of illegal immigration anywhere from $200 to $275 billion per year.

In December, Trump threw these numbers around on Twitter.

He also repeated them at a Cabinet meeting on December 19...

"It's so insignificant compared to what we're talking about. You know, I've heard numbers as high as $275 billion we lose on illegal immigration."

...and at his Farm Bill signing on December 20.

Trump has provided no evidence to support these claims. In fact, in 2017, the CATO Institute estimated the cost to be between $3.3 and $15.6 billion per year. That same year, the Heritage Foundation said $54.5 billion. Even the ultra-conservative Federation for American Immigration Reform's (FAIR) guess was $135 billion, though their report was widely criticized by groups like CATO.

Where is Trump getting all this? Twitter had some ideas.

@realDonaldTrump Were r u getting your numbers from. I think you just typed all the number on your phone.
— Amanda Lopez (@Amanda Lopez) 1548685947.0

@realDonaldTrump Is there anyone in this thread who is not a Russian sock puppet who actually believes this? If so… https://t.co/LMLmvIurgA
— David (@David) 1548689905.0