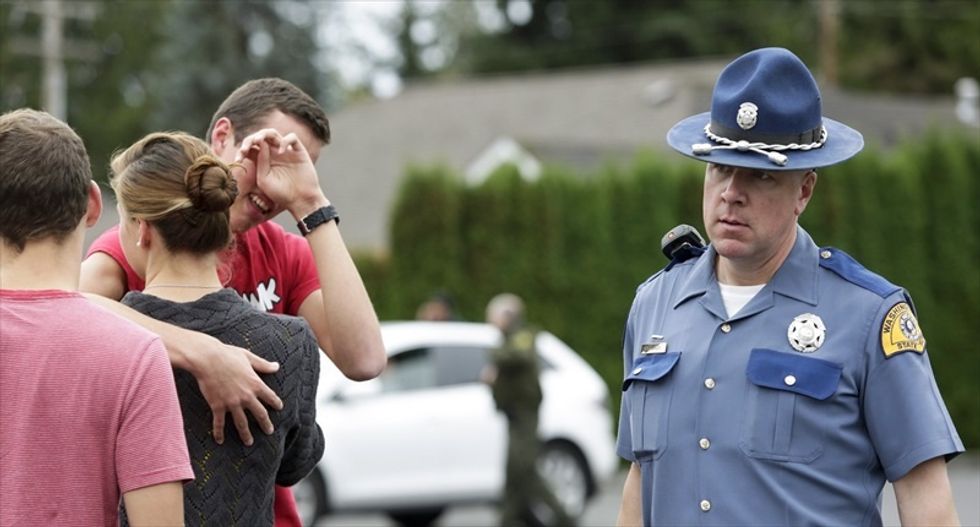 The Republican-controlled House of Representatives has voted 235-180 to undo a regulation put in place by former President Barack Obama that had directed the Social Security Administration to update the FBI's national instant background check database with the names of disability recipients with severe mental disorders such as schizophrenia and severe anxiety.

Greg Giroux, a political reporter with Bloomberg, provided the party-line breakdown of the vote:

He also provided the names of Congressional Democrats who approved the measure, as well as the names of Republicans who voted against it:

Proponents of the regulation argued that it was a common sense way to help keep firearms out of the hands of the mentally ill. About 75,000 people found mentally incapable of managing their finances would have been affected. Representative Elizabeth Esty (D-Connecticut) criticized House Republicans, accusing them of weakening the background check system. "The House charged ahead with an extreme, hastily written, one-sided measure that would make the American people less safe," she said. Esty represents Newtown, Connecticut, where shooter Adam Lanza killed 20 children and 6 adults in December 2012.

But the NRA, which opposed the rule, claimed that while it supports keeping firearms out of the hands of the mentally ill, it believes determinations about who is mentally ill should be left to the courts. Chris Cox, the NRA's top lobbyist, called Obama's regulation a "last minute, back-door gun grab," adding that the law "would have stripped law-abiding Americans of their Second Amendment rights without due process."

Rep. Kevin Brady (R-Texas) agreed with Cox's assessment. "The Social Security Administration not only overstepped its mission with this regulation, it discriminated against certain Americans with disabilities who receive Social Security benefits. The agency should be focused on serving all of its beneficiaries, not picking and choosing whose Second Amendment rights to deny," he said.

Democrats voiced concerns that repealing the law would lead to more gun violence. The American people and the families that are being hurt day after day by gun violence -- they deserve some due process too," said Rep. Lloyd Doggett (D-Texas).

Republicans have employed the Congressional Review Act to curb regulations put in place by Obama before he left office. The Senate also passed a resolution to undo the Obama administration's Stream Protection Rule––also largely along party lines, The regulation minimized coal mine pollutants in waterways and would have required coal companies to monitor water quality in nearby streams during mining operations. Republican critics said the law was a "burdensome" one that would kill jobs in the coal industry.