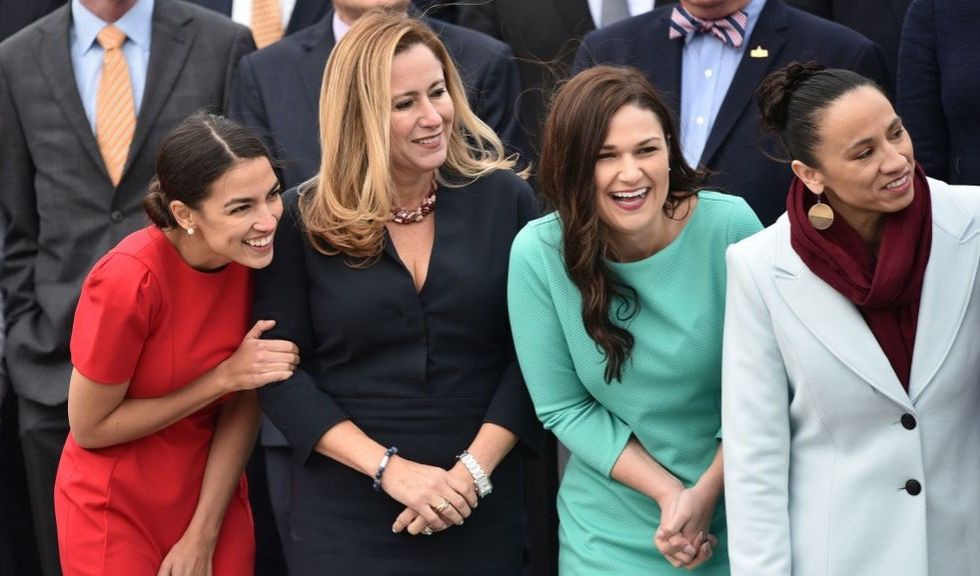 The newly elected members of the House of Representatives—or at least those newly elected from the 427 seats that were decided thus far—went to Washington DC Wednesday for a freshman orientation of sorts. Among them were the largest number of women ever elected and several firsts.

As is customary, the freshman legislators took group and individual official photos.

Once those photos hit social media, people began to remark on a noticeable difference between the Republican and Democratic freshman classes.

Once the disparity was pointed out, people had plenty to say about it.

Most of it failed to complement the GOP. Some felt it would be more difficult to tell the GOP members apart.

Others questioned the GOP's concept of diversity.

@ericawerner @CoachKnee I feel like you aren’t giving enough credit for the many shades of white on the R side.
— Greg Malling (@Greg Malling) 1542209817.0

@ericawerner @RTMannJr Republicans talk a lot about how the GOP and their policy positions are appealing to women… https://t.co/WnomowZFMK
— Stephen Pomes (@Stephen Pomes) 1542198293.0

And one person thought they were looking at the future versus the past.