Patients Being Hit With Monster "Balance Billing" from Hospitals 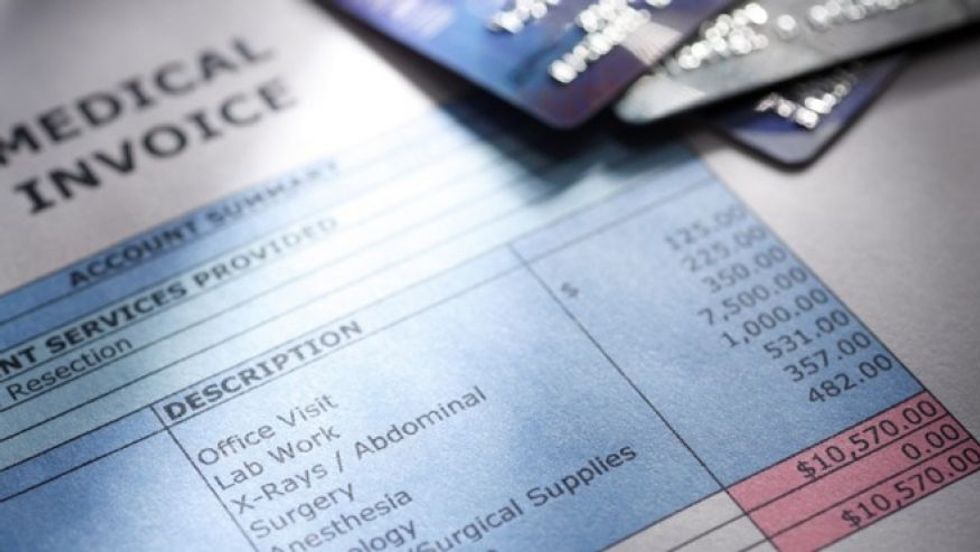 Going to the emergency room? Even with insurance, you may still get hit with shocker bills. A practice called balance billing allows hospitals to overcharge for services, leaving the patient to cover any amounts their insurance company considers excessive. Hospitals often contract with third-party staff or service providers, causing unsuspecting patients to be charged out-of-network prices for services at an in-network facility.

Uninsured patients can expect even worse — hospitals typically charge uninsured emergency room patients four times what they charge Medicare for the same service, according to a nationwide study published in the JAMA Internal Medicine.

The study examined charges by 12,337 emergency medicine physicians and 57,607 internal medicine physicians based in the same 3,669 hospitals. “It points to the practice of price gouging by hospitals because patients often can’t pick their doctors in the emergency department,” said Dr. Tim Xu, lead author of the study, conducted at the Johns Hopkins School of Medicine.

Even when a patient has insurance, they could get stuck with the portion of the bill that their insurance company considers excessive. Some states have consumer protection laws that

“Unfortunately, only a handful of states have that kind of law. So patients really get struck in the crossfire and get these enormous bills that they really don’t expect,” Xu said.

“Some pay this amount even though it’s egregious,” Xu said. “Patients need to know they do have rights in this case. Often if they negotiate with the hospital they can get a discount, but that’s not solving the problem. This practice can continue because there’s no law stopping them.”

Some states are trying to change that, but a network of parties, including hospitals, doctors, insurance companies, and third-party staffing and billing agencies, all benefit from the practice and have aggressively blocked efforts to reform the system. Even when the patient is insured and goes to an in-network hospital, they can get hit with enormous bills for small procedures.

"The only person who suffers is the consumer, who thought he or she was doing the right thing by going to an in-network hospital," said Louisiana State Insurance Commissioner Jim Donelon, who has been trying for more than a decade to pass legislation to protect consumers. "It's unconscionable. I think it's the worst consumer abuse in the insurance arena nationwide."

Nonetheless, with medical debt being the largest cause of bankruptcy, some legislators are looking for solutions for predatory billing practices. Most countries around the world ban the practice of balance billing. This year, Arizona passed a bill, to go into effect in January 2019, that will limit balance billing. Texas has done the same, passing a bill that allows patients to pursue mediation for surprise medical bills, after a 2016 study in The New England Journal of Medicine revealed that people were more likely to face unexpected bills for medical care in Texas than in other states. In California, which passed a bill limiting balance billing, the Association of American Physicians and Surgeons filed suit to block the implementation of legislation.

“This is a health care systems problem that requires state and federal legislation to protect patients,” says Tim Xu, a fourth-year medical student at JHU and the study's first author. “Patients really have no way of protecting themselves from these pricing practices.”