The NRA Posted Video of Congressional Testimony Opposing Universal Background Checks on Twitter, and David Hogg Just Made Them Regret It 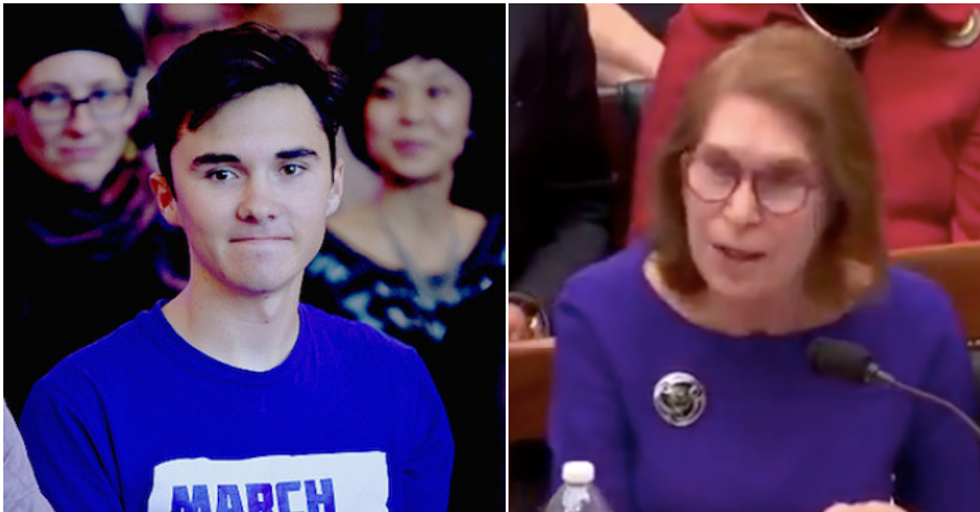 After one of their gun rights advocates spoke, the NRA posted video of their testimony on Twitter.

But not everyone was buying the logic of the NRA's rhetoric. The NRA lauded Professor Joyce Malcolm—a "leading historian on gun rights"—stating:

"If you’re afraid of a background check you shouldn’t be able to buy a gun."

Hogg went on to add:

"It’s almost like the NRA wants to arm criminals"

Hogg finished by offering what kind of "law-abiding citizens" a universal background check of the kind the NRA wants to block might keep from buying a gun. He stated:

The mass shooting at First Baptist Church in Sutherland Springs, Texas was perpetrated by a legal gun owner. 26 people were killed in that mass shooting by a domestic abuser.

People not only agreed with Hogg's logic, they also let the NRA know by responding directly to their video of their gun rights expert. Many asked how people would be more vulnerable by stopping criminals—including domestic abusers who commit many of the workplace shootings—from being able to go to another state and legally buying a gun.

@NRA How would it make law abiding citizens vulnerable? If they are actually good folks - then nothing to be vulner… https://t.co/zpMXKeh8Ci
— GrandmaGoat (@GrandmaGoat) 1549490471.0

Some accused the NRA of putting forth false information.

And others called out the NRA's apparent hypocrisy when it comes to legal gun owner rights.

And some could not resist pointing out the NRA's financial ties to a certain foreign power.

Some in attendance at the House committee hearing passed on the news that Malcolm was exposed as an NRA funded gun rights expert and not an independent expert.

They also provided some statistics that flew in the face of Malcolm's claims.

The House is taking testimony for and against the proposed universal background check bill. After the hearing is complete, the committee will vote to pass HR8 on to the full House for a vote or to kill it in committee.