Did he just say that out loud? 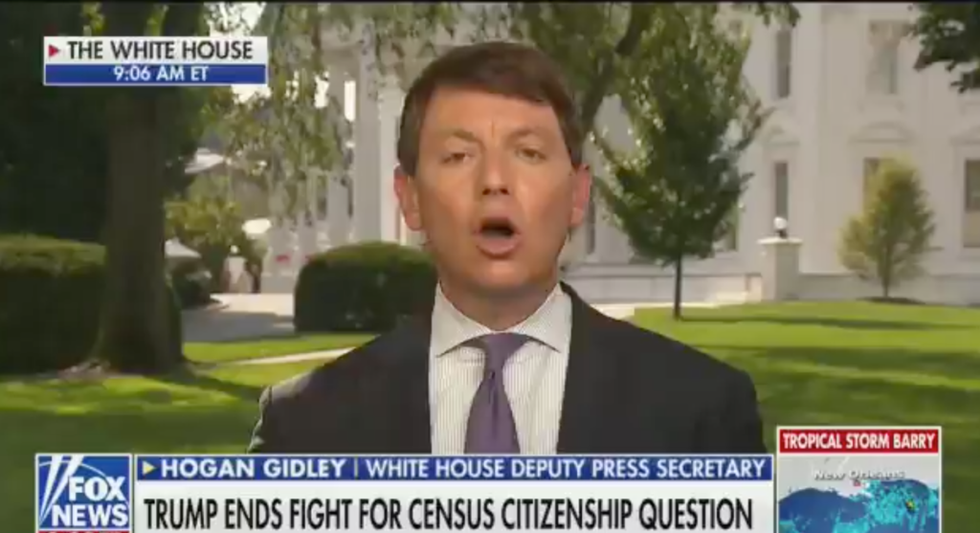 Americans across the country were concerned when news broke that President Donald Trump was seeking options for including a citizenship question to the 2020 United States Census through an executive action, despite a Supreme Court ruling blocking the question's inclusion.

At a Thursday press conference announcing a retreat in the push to add the question, Attorney General William Barr said:

Some in the media have been suggesting, in the hysterical mode of the day, that the administration has been planning to add the citizenship question to the census by executive fiat without regard to contrary court orders or what the Supreme Court might say. This has been based on rank speculation and nothing more."

"The president said, 'Listen, I'm not going to be beholden to courts anymore. I have the legal authority to find out this information, the American people deserve to know it, and so I'm moving forward with this method.'"

Host Bill Hemmer promptly moved on, but people on Twitter weren't about to let it go.

Many criticized anchor Bill Hemmer for not challenging Gidley, or at least asking him for clarification.

@atrupar @hogangidley45 @BillHemmer @FoxNews you let this go? This is not a dictatorship quite yet. Unbelievable!
— Kathy Buckley (@Kathy Buckley) 1562957478.0

But people were still pretty sure what Gidley—and his boss—meant.

@atrupar @MattGertz @hogangidley45 @BillHemmer So...he is saying that @realDonaldTrump believes he is above the law.
— primetime (@primetime) 1562957926.0