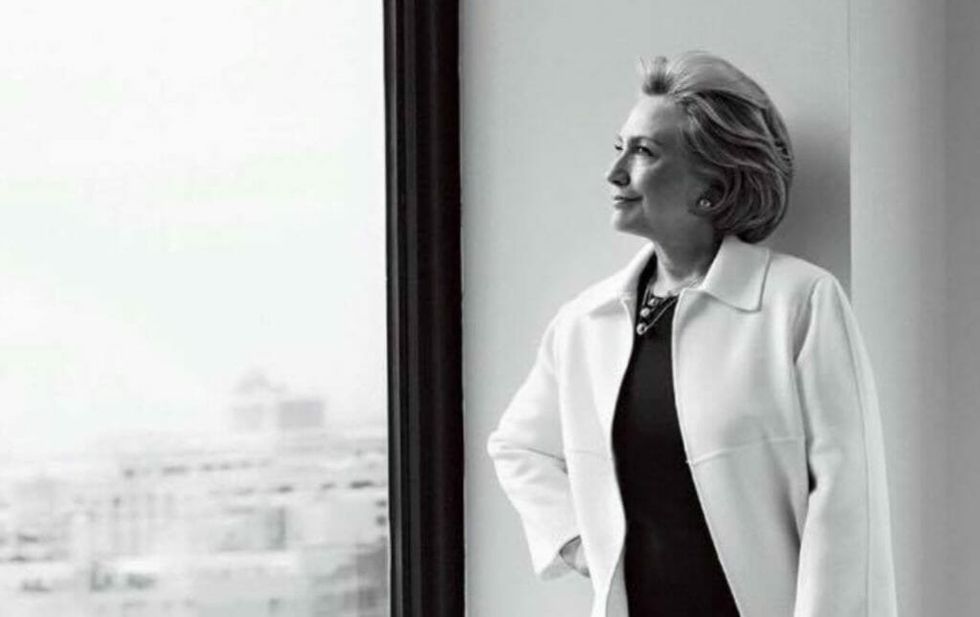 State Department officials, under the direction of the Trump administration, will tone down or eliminate information regarding women's rights and discrimination in their annual report on human rights around the world. That action drew criticism, including from the previous head of the department, former Secretary of State Hillary Clinton.

@HillaryClinton Everyday starting on Jan 21,2017 I keep thinking that I will wake up and this nightmare will be ove… https://t.co/q0rCmhUmzv
— Michael Schramm (@Michael Schramm) 1519384013.0

The Trump administration guidance directs the state department to specifically remove any sections of the annual report covering women’s reproductive rights including societal views on family planning and global access by women to contraceptives and abortion.

The move follows similar Trump administration directives to other federal agencies targeting women's rights, from Betsy DeVos attacking TitleIX at the Department of Education to the reported banning of certain words as well as other actions at the CDC.

@HillaryClinton [In the voice of David Attenborough] "Alone in his nest, the silverback Patriarch can often be seen… https://t.co/OF8TDWi1LM
— Quatrain Gleam (@Quatrain Gleam) 1519347019.0

The watering down of the state department human rights report also will pare back mentions of racial, ethnic, and sexual discrimination.

This latest move reflects the Trump administration’s stripping away of anything from the Obama administration. Those seemingly targeted efforts to attack policies simply based on their association with President Barack Obama has also drawn criticism.

Secretary Tillerson and President Trump vowed to make human rights a lower priority in U.S. foreign policy. While a state department spokesman said the changes were made for focus and “clarity,” some career State Department officials questioned the motives, fearing they undermine the report’s impact and integrity.

I am profoundly alarmed to read reports of Secretary Tillerson’s alleged efforts to water down or delete critical sections of the State Department’s annual ‘Country Reports on Human Rights’ related to women’s rights and on the responsibilities of governments to protect individual rights regardless of race, ethnicity or LGBT status.”

@HillaryClinton This is misogyny. “If men could get pregnant, abortion would be a sacrament.” - Gloria Steinem
— Frances Fisher (@Frances Fisher) 1519364307.0

@HillaryClinton It's radical for these OWM to think they're gonna take away womens' hard-earned rights. The Parkla… https://t.co/pkLMWWHF09
— Catherine Lydon (@Catherine Lydon) 1519343095.0