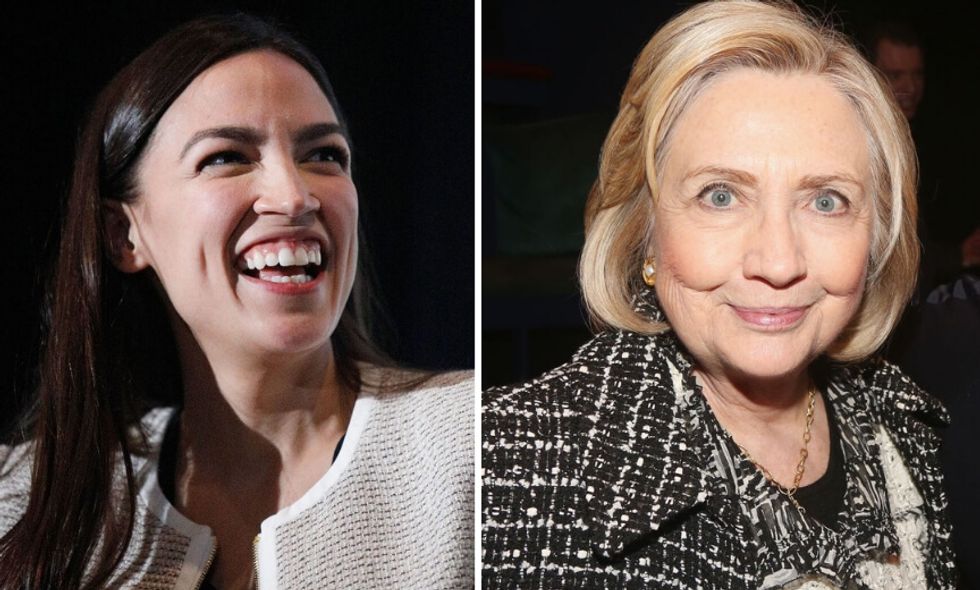 For years now, 2016 Democratic Presidential Nominee Hillary Clinton still continues to face backlash for her use of a private email server during her tenure as President Barack Obama's Secretary of State.

Never mind that Hillary Clinton is a private citizen after her upset loss of the presidency in 2016, but other presidential cabinet officials in past administration—like George W. Bush's Secretary of State Colin Powell—used the same practice.

Despite a years long investigation proving that Clinton did nothing illegal, Trump's supporters continue to chant "Lock her up" at rallies across the country.

So it's understandable that Clinton could be annoyed to see the constant missteps of the Trump team in their communications alone. Especially with the recent concerns from Congressman Elijah Cummings (D-MD) that the President's daughter and son-in-law, Ivanka and Jared Trump, deleted personal emails and—in the case of Kushner—messaged foreign leaders using the messaging service WhatsApp.

Congresswoman Alexandria Ocasio-Cortez (D-NY) took to Twitter to point this out, invoking a spin on the now-famous phrase, "but her emails."

Congresswoman Ocasio-Cortez delivering straight up burns on her Twitter page is nothing new. It was one particular reply that set the internet on fire.

Naturally, even Congresswoman Ocasio-Cortez was a little starstruck.

While Congresswoman Ocasio-Cortez's political career is just beginning, Hillary Clinton's private citizenship after her loss has many wishing the country could have had her as a leader.

At least we know that she's not keeping quiet for 2020.