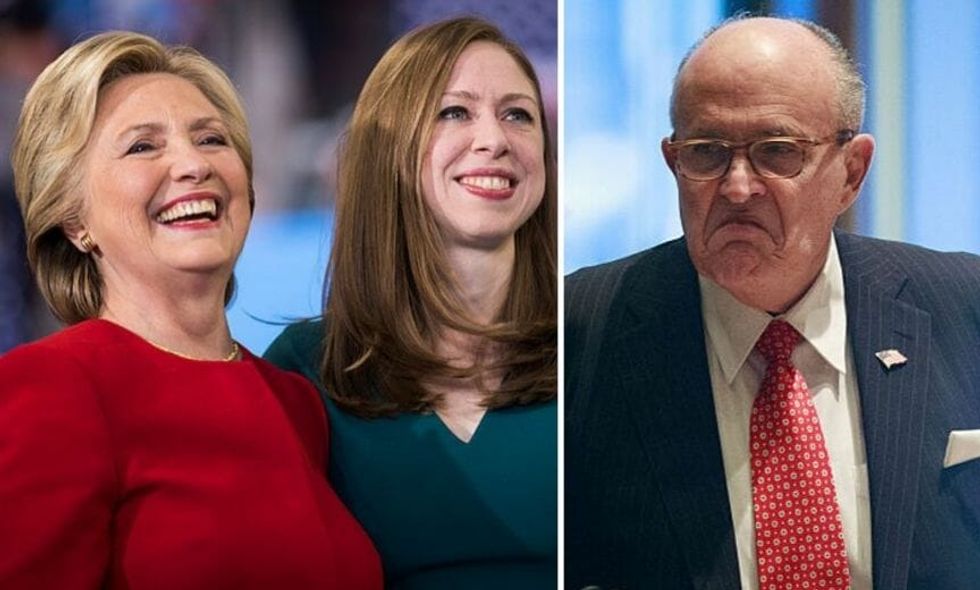 The President's personal lawyer, Rudy Giuliani, was subpoenaed by three House committees overseeing the impeachment inquiry into Donald Trump. The committees are asking for corroborating documents Giuliani bragged about on national television to determine the State Department's involvement in Giuliani's trips to Ukraine, in which he also (by his own admission) urged Ukrainian officials to investigate Biden.

Giuliani claimed this treatment was unfair, and that Clinton—despite a years-long investigation and over 11 hours of public testimony—wasn't held accountable for her use of a private email server, which plagued her for years before and during her campaign.

WP, NBC, and CNN are going after me because I’m the messenger, and covering up the message, Dem corruption. Meanwhi… https://t.co/PiNrpTQvNt
— Rudy Giuliani (@Rudy Giuliani) 1569955975.0

Hillary Clinton wasn't having it. A few hours later, she clapped back with some expert sarcasm.

If her masterful trolling wasn't enough, her daughter—Chelsea Clinton—joined in too.

Giuliani and other Trump allies are seeking consolation in conspiracy theories about the Clintons, especially the baseless theory that Clinton and the Democratic National Committee worked with Ukrainians to get dirt on Trump and frame Russia for meddling in the 2016 election.

Try as they may to defame her, Clinton most certainly won this battle of Twitter wit.

@HillaryClinton Hillary Clinton having fun with these losers is a bright ray of sunshine amid all this darkness.
— David Rothkopf (@David Rothkopf) 1569960765.0

It bears repeating: the House committees aren't asking Giuliani for 11 hours of testimony, nor did the House of Representatives form a select committee specifically for the Trump impeachment inquiry, as then-Republican dominated Congress did when forming the United States House Select Committee on Benghazi.

Clinton believes that it was ultimately Trump's calls to "Lock her up" and then-FBI director James Comey's decision to reopen an investigation into her emails days before election day that ultimately lost her the Presidency.

But her emails, amirite?

Before they were expertly roasting Rudy on Twitter, Hillary and Chelsea Clinton wrote a children's book together called The Book of Gutsy Women, which you can purchase here.