Excessive Heat Is the Deadliest Type of Weather in the U.S., and It's Only Getting Hotter 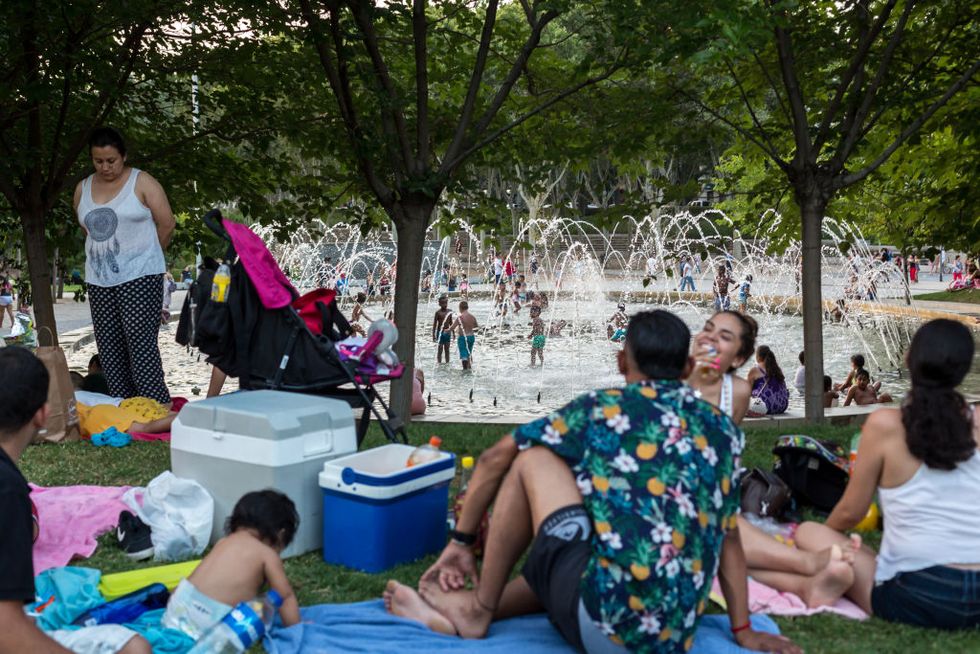 Spain suffers a heat wave with temperatures around 40 degrees. To beat the summer heat, people on 6 August 2018, in Madrid, Spain, go to "Madrid Río", a green oasis park in city's concrete jungle. (Photo by Alvaro Hurtado/NurPhoto via Getty Images)

If you imagined that the summer of 2018 was killing you, chances are, you weren’t alone. Science indicates that humidity, one of the defining hallmarks of an overbearing summer heat wave, actually does have the potential to kill you. The summer of 2018 was exceptionally deadly, as it was the 4th hottest summer on record.

In August of this year, 17 states in the eastern US were under heat advisory warnings. In addition to the already high temperatures, the combination of heat and humidity easily makes temperatures feel like they are well in the 100s. This is hot enough to be a legitimate health concern for many people.

Heat is actually the deadliest type of weather in the United States. Hundreds of heat-related deaths occur every year. Given the recent trend of climate change causing increased heat waves, it is likely that the annual death toll related to the heat will continue to rise. Serious health related complications, and an exacerbation of existing illness, can occur even when death does not occur. A great deal of these damaging weather patterns are directly associated with climate change.

“Our attitude towards the environment has been so reckless that we are running out of good choices for the future. For heat waves, our options are now between bad or terrible. Many people around the world are already paying the ultimate price of heat waves, and while models suggest that this is likely to continue to be bad, it could be much worse if emissions are not considerably reduced,” said Camilo Mora, associate professor at the University of Hawaii at Manoa.

This trend will only continue to worsen, according to many scientific experts.

“Study after study finds discernible fingerprints of climate change in contemporary heat waves. We have overlooked that some of the most dangerous warming is associated with increasingly intense heat waves plus urban heat, Globally, more people live in cities and that trend will continue," said Dr. Marshall Shepherd, director of the University of Georgia's Atmospheric Sciences Program.

The human body is meant to exist in a place of balance, known as homeostasis. Essentially, this means that the human body functions best at 98.6 degrees, give or take a variation of one degree. When our body temperature gets too high or low, several internal systems bring our body back into a place of homeostasis. For example, when we get too hot, we sweat. However, when external temperature and humidity get too high, those internal regulatory systems are less effective. As the body tries to cool itself through sweating, a person can become dehydrated.

When a person sweats, water is pulled out of the bloodstream and send to the sweat glands.  This process actually speeds up dehydration, which means that less blood is available to carry oxygen to vital internal organs. And that is where things can get fatal.

There are many indicators that things are starting to go wrong when heat exhaustion and hyperthermia starts to set in. “If you’re seeing heavy sweating, cramps, weakness—stop what you’re doing, drink cool beverages, and rest,” Beavers says.

There are several populations who are at even higher risk for complications from heat exhaustion and stroke. Young children and elderly individuals are at higher risk for heat-related illness. These individuals typically have a more compromised ability to regulate their internal heat. In addition, elderly patients typic suffer from other health conditions that are only exacerbated when heat exhaustion and heat stroke set in. These can include cardiac or respiratory issues.

With no end in sight, we as a society need to be better prepared to handle these relentless heatwaves and to take care of our most vulnerable populations.