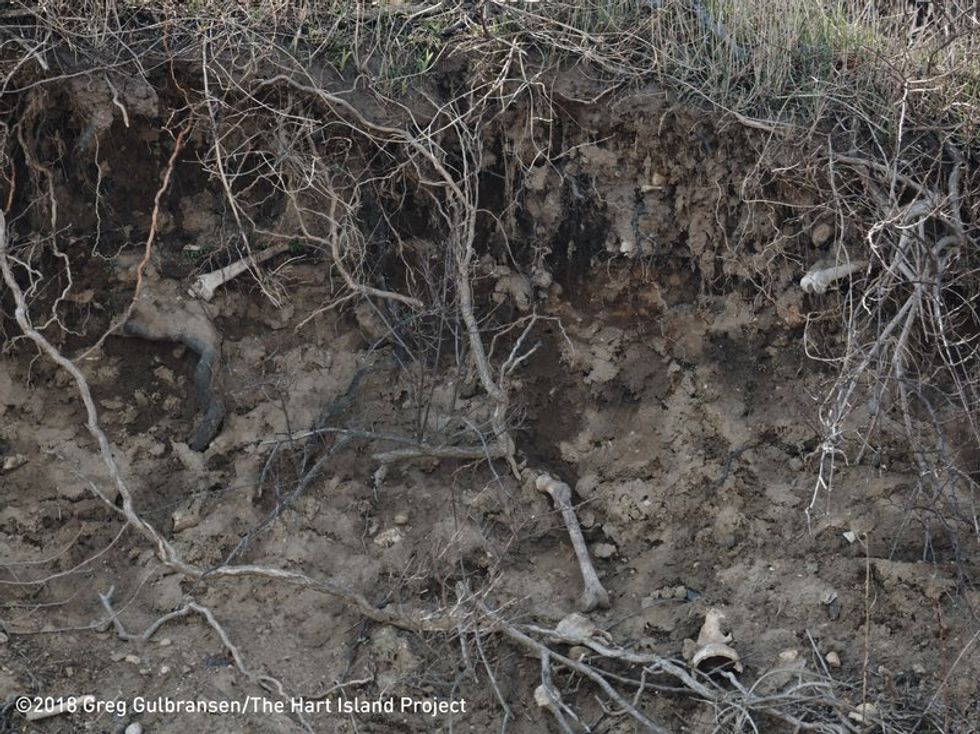 In countries around the world, many communities face a distressing problem: They are running out of graveyard space.

Cremation and traditional funeral rites such as sky burials have made a difference in some countries, but others wrestle with the dilemma: Do you give each person a plot of land for all of eternity or do you leave that land for the living and their descendants to live on or grow food upon? While there are currently nearly 8 billion people alive on earth, the dead still vastly outnumber the living.

In 2015, the data-crunching site Five Thirty Eight answered the question, What are the demographics of heaven? and determined that the number of dead humans far outnumbers those on earth, at 100.8 billion.

So where are they all? The vast majority were buried in grave sites, individual or mass, that were not formalized and protected, and decomposed entirely, leaving not a trace.

Only in modern times have people — aside from royalty — secured dedicated permanent property for their remains. However, even today those without means may get a more “historical” burial in mass graves. More than a million New Yorkers share such a grave on Hart Island, an island at the western end of Long Island Sound that is the world’s largest tax-funded mass burial site.

There, during the 19th century, the city began interring its dead indigents, stillbirths, and unknowns en masse, never to be seen again — well, that was the plan, anyhow. In April, dozens of skeletons made their second coming.

“Skeletal remains are literally just coming out of the earth," said Melinda Hunt of the Hart Island Project, an online resource for preserving the names and stories of the individuals consigned to mass graves. The Hart Island Project website includes information about the people who have been buried there since 1970.

Nearly 200 bones were exposed along the island’s shoreline this spring, as erosion brought them to the surface. Unusually powerful storms have battered the island and damaged its shoreline and gravesite. FEMA has dedicated $13.2 million to projects that will stabilize the shoreline.

Hart Island, sometimes also called New York’s Potter’s Field, opened to burials in 1868, when the city buried 20 Union soldiers there. Soon after, it began receiving the poor and the unidentified dead. Today, the burial site is maintained by the New York City Department of Correction (DOC), and prisoners at Rikers Island bury the bodies. 67,141 bodies have been buried there since 1980, including people who died of AIDS and were segregated from other graveyards.

The island is off-limits to visitors, except for once a month, when a select number of people are allowed to come to pay their respects. You can get a look at the island on the Hart Island Project site, which shows huge trenches, decaying old buildings, and a weed-infested island. Graves are unmarked and the island is not maintained.

"These are New Yorkers," City Council member Mark Levine said. "These are human beings who were largely marginalized and forgotten in life, they were people who died homeless or destitute, victims of contagious disease, the AIDS crisis. And we're victimizing them again in their final resting place."

A third of the bodies are those of infants and children — although that number dropped by half each year starting in 1993 after every pregnant woman in New York became eligible for CHIP (Children’s Health Insurance Program), a Clinton-era program championed by Hillary Clinton. (President Donald Trump is currently looking to cut CHIP to help offset skyrocketing budget deficits caused by last year’s tax cuts.)

The internment of children in particular grieves families who wish they could visit even this unmarked, mass grave, but Hart Island is off-limits. In 2015, a lawsuit was settled in favor of families, and now, a select number of visitors are able to visit once a month.

That could change: New York City Council Ydanis Rodriguez is reviving legislation that would put Hart Island under the parks department, which would maintain the 131-acre island as a public park where people can access the gravesites. But first, the city will have to make sure visitors won’t stumble upon an exposed body.

This isn’t the first time remains have been exposed. In 1985, bones, including a skull, were scattered on a beach. A crew of archaeologists will come out each month to collect and rebury any random exposed body parts.

"They came to clean this up, but it isn't the first time and it won't be the last,” said Hunt.