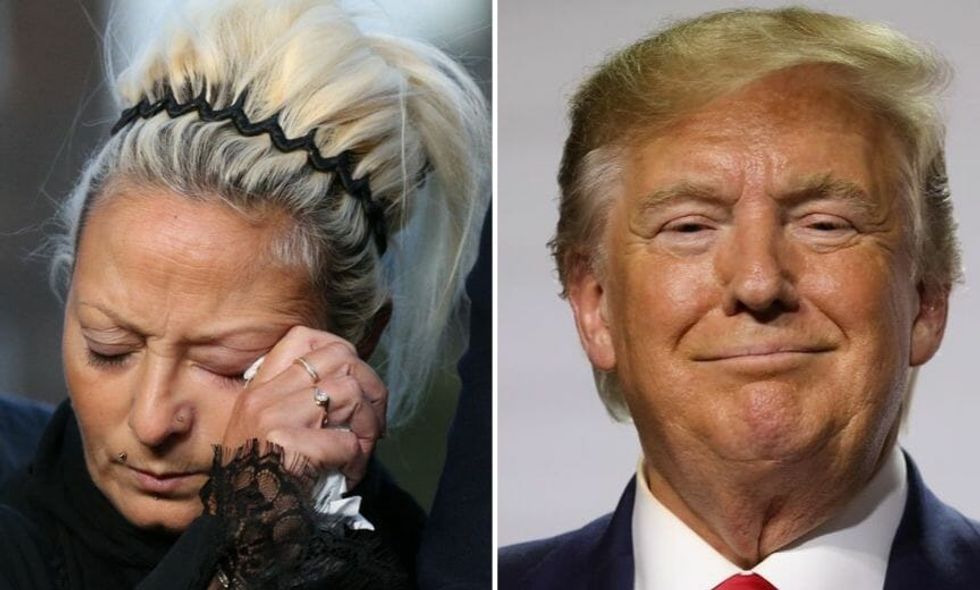 Anne Sacoolas was driving on the wrong side of the road in the United Kingdom last August before she collided with 19-year-old Harry Dunn, who was on his motorcycle. The accident took Dunn's life and while Sacoolas initially cooperated with local police, she fled to the United States weeks later. Her lawyers claimed diplomatic immunity because her husband is an American agent working within the UK.

Now, Dunn's family—after attempts to settle the matter through diplomatic channels—said it intends to sue both Sacoolas and President Donald Trump's administration for "lawless misconduct" and "attempting to cover it up."

Dunn's family visited the White House recently to discuss the possibility of having Sacoolas return to the United Kingdom to face a trial. Instead, the family was ambushed by National Security Advisor Robert O’Brien with the news that Sacoolas was in the next room and that the President hoped the two could reconcile then speak to the press.

Radd Seiger, the family's attorney, cites the "disgusting stunt" as an attempt to cover up what he and Dunn's family believe amounts to a violation of international law.

"The Trump Administration is not only hellbent on breaking international laws, rules and conventions on diplomatic immunity, but they have no care or concern for the welfare of Harry’s family or real intent on finding a solution.”

Trump has previously dismissed the entire accident itself, excusing Sacoolas for driving on the wrong side of the road, saying "that can happen" in a foreign country.

People seem to be siding with the Dunn family.

@nytimes @EricLiptonNYT 1. I hope the family gains some measure of peace and justice. 2. The whole world should s… https://t.co/tXQVeXvhGJ
— Lea Teagarden (@Lea Teagarden) 1572438040.0

But others pointed out that the Trump administration—especially Trump himself—is already facing a wealth of legal troubles.

The Trump administration has yet to respond.