Father of Parkland Shooting Victim Savages Mississippi Senator Who Praised the NRA in a Newly Surfaced Video, and He Is Not Holding Back 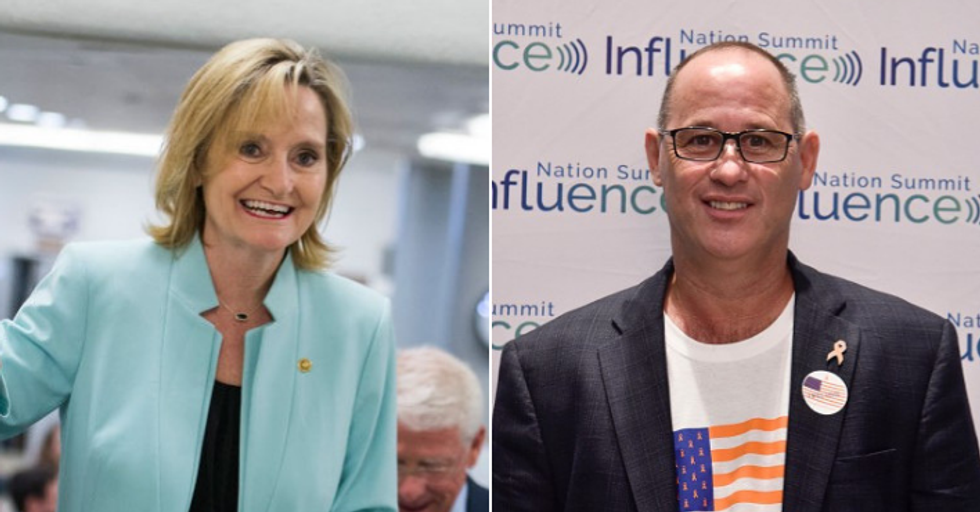 Embattled Mississippi Republican Senator Cindy Hyde-Smith is taking heat again during her campaign to retain her seat against Democratic challenger Mike Espy. This time over a resurfaced video from a National Rifle Association banquet she attended in 2013.

Senator Hyde-Smith was appointed to her position in April 2018 by Mississippi Governor Phil Bryant to fill the seat vacated by Senator Thad Cochran who resigned for health reasons. According to her official Senate page bio, Hyde-Smith is "a strong social conservative" with "a 100 percent pro-life rating." In the next sentence, it states:

"Hyde-Smith is a lifetime member of the NRA."

The Mississippi Republican Party loaded the video on YouTube in 2013 and the NRA endorsed the Republican in August 2018. The video was shared on Twitter by Democratic Coalition founder Scott Dworkin on Tuesday and quickly spread. Watch it here.

One reaction to the Senator's comments came from Fred Guttenberg. Guttenberg's 14-year-old daughter Jamie was murdered in a mass shooting at Marjory Stoneman Douglas High School on Valentine's Day.

Guttenberg dedicates much of his time to promoting common sense gun control in memory of his daughter and the 16 others murdered in her Parkland, Florida, school. The grieving father took to Twitter to state:

"Cindy Hyde-Smith, we disagree. Because of people like you and the NRA doing as you say "what they're doing", my daughter and other victims of gun violence are dead!!! Glad you are proud to be a part of my daughter's murder. Take your NRA loving and racist tendencies elsewhere."

Guttenberg was by no means alone in his sentiment.

Others responded to Hyde-Smith's unwavering devotion to the NRA as well as other "Southern traditional values."

@fred_guttenberg She adds blasphemy to her lack of good sense. Why be proud of the organization whose claim to fame… https://t.co/fJaNGtoDIJ
— Stephen Scott (@Stephen Scott) 1542829834.0

One Twitter user shared why Fred Guttenberg fights for common sense gun control against an NRA that blocked several measures the majority in the United States support, but might harm gun manufacturer profits.

At a candlelight vigil held shortly after the murders, Guttenberg spoke of Jamie, saying:

"I sent her to school yesterday, and she was supposed to be safe. My job is to protect my children, and I sent my kid to school."