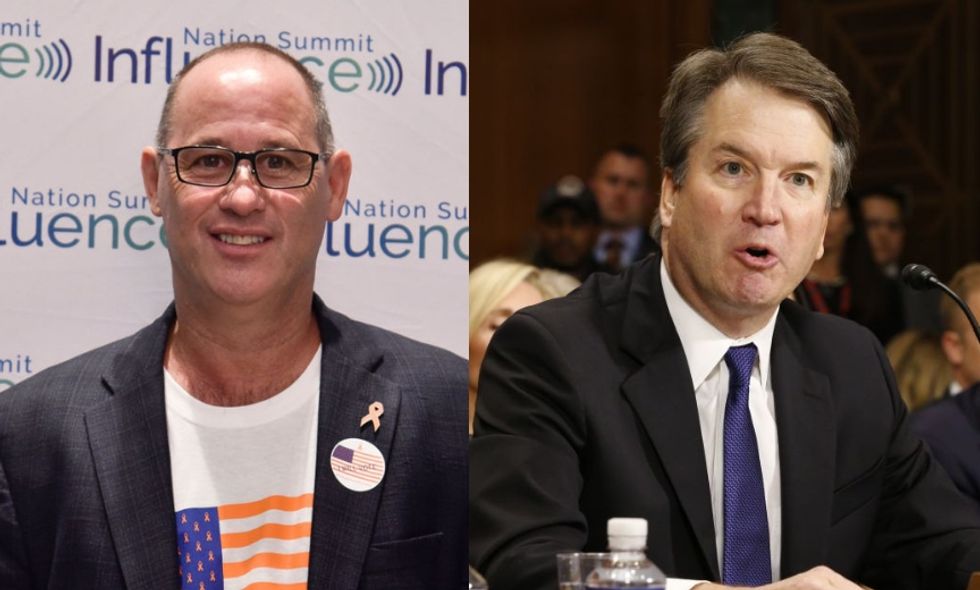 While Brett Kavanaugh's drinking habits have been the topic of national conversation, another parent's words for him are particularly sobering.

The eyes of all Americans were on an emotional Senate Judiciary Committee hearing in which Dr. Christine Blasey Ford and Supreme Court nominee Judge Brett Kavanaugh testified regarding the sexual assault allegations against him. Emotions were high and tempers were flaring, especially from Kavanaugh's statements, in which he frequently claimed his life had been ruined and that the last two weeks for him had been "hell and then some."

Justice Kavanaugh your life and family are not ruined. Try having a child murdered by a weapon that you refer to a… https://t.co/AERuw48fjs
— Fred Guttenberg (@Fred Guttenberg) 1538092541.0

After Kavanaugh's exasperating testimony, in which he berated Senators and attacked the "frenzy on the left," Twitter users thought Guttenberg's analysis was spot on.

@fred_guttenberg This is everything Fred. Thinking of you and your family. I will keep fighting in your daughter’s honor.
— Cara Jacob (@Cara Jacob) 1538092785.0

My daughter is Jaime Guttenberg. She was murdered in Parkland Florida on February 14, 2018. I will dedicate the rest of my life to the cause of gun safety.

Guttenberg and Kavanaugh made headlines together on the first day of the Senate Judiciary Committee hearings earlier this month when Guttenberg introduced himself and told Kavanaugh of his daughter's murder right before a break. Kavanaugh appeared to refuse his handshake and later in the hearings, defended the ownership of assault weapons because "they're widely possessed in the United States."

Guttenberg isn't the only one affected by the Stoneman Douglas shooting to speak out against Kavanaugh's confirmation.

Many of the young survivors of the massacre are using their voices to urge the Senate to vote no or at least investigate the claims.

Many were frustrated that Kavanaugh frequently complained that his life had been ruined while refusing to acknowledge the same for Dr. Ford, whose family has had to go into hiding, employ security guards, as well as fend off threats and vile insults.

For all of the wailing and tending of garments about ruining Kavanaugh’s life there is no discussion of Dr. Ford’s… https://t.co/DFOhYsinYZ
— radical bureaucrat (@radical bureaucrat) 1538133527.0

Hey @LindseyGrahamSC, being on the DC Circuit instead of the Supreme Court isn’t ruining Brett Kavanaugh’s life. Yo… https://t.co/K8p72KRuD6
— Miranda Yaver (@Miranda Yaver) 1537756956.0

With once-possible committee swing vote Senator Jeff Flake (R-AZ) confirming he'll vote to advance Kavanaugh to a final confirmation in the senate, it's doubtful that Guttenberg will relent in his opposition to the nomination, and certain he won't stop fighting for sensible gun laws.