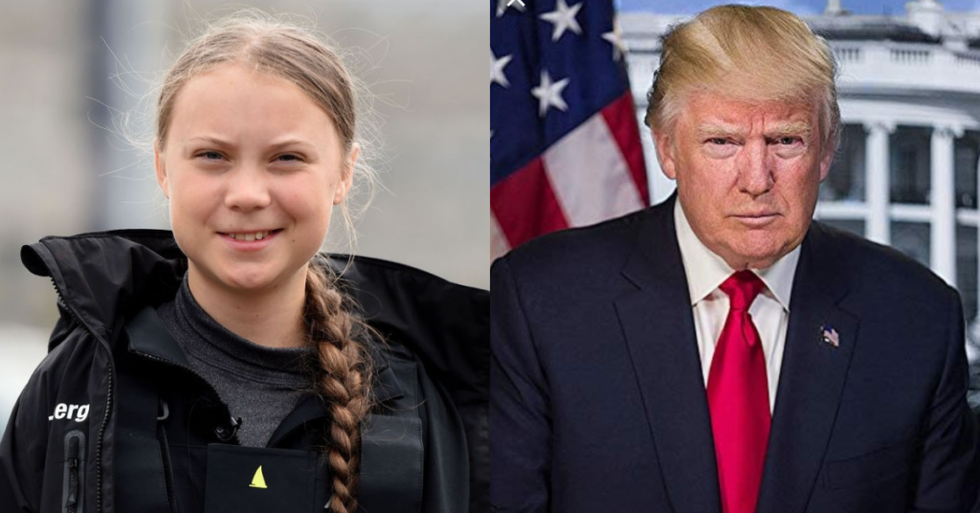 Thunberg spoke before the 2018 UN climate summit and returned to speak again. As the summit takes place in New York at United Nations headquarters, people wondered if Thunberg would try to speak to President Donald Trump.

Upon arriving in New York, however, Thunberg stated:

"My message to him is just to listen to the science, and he obviously doesn’t do that."

After spending two weeks at sea travelling to the United States, this is what Greta Thunberg had to say about clima… https://t.co/TOTrkOzKlo
— The Independent (@The Independent) 1567072620.0

@GretaThunberg Q & A over now. Greta Thunberg thanked everyone around the world, who are helping fight climate chan… https://t.co/4VQ6pWLT1O
— Kathryn Mathias (@Kathryn Mathias) 1567024863.0

From appointing an Environmental Protection Agency head—later forced to resign—who once vowed to destroy the EPA to rollbacks on the Endangered Species Act and reductions in national monuments to open areas for mining and oilfields to unwavering support of fracking, pipelines, fossil fuels and especially coal, the Trump mindset is apparent.

Prior to her departure, Thunberg spoke of the futility of addressing Trump on climate change.

"Why should I waste time talking to him when he, of course, is not going to listen to me? I can’t say anything that he hasn’t already heard."

Thunberg is a Swedish 16 year-old environmental activist. At age 15 she started a "school strike for the climate" by demonstrating outside the Swedish parliament holding up a sign calling for bold action on climate change.

Her strike went global under the name Fridays for Future.

Thunberg documented her arrival in New York on her Twitter feed.

Welcome to New York, @gretathunberg! The determination and perseverance shown during your journey should embolden… https://t.co/V7mBRIcA5U
— António Guterres (@António Guterres) 1567025260.0

@EWErickson “Obnoxious and spectacularly unaccomplished” “there is a messianic zeal” “the media will cover her ever… https://t.co/oyjj8gFRrr
— geoff lusk (@geoff lusk) 1567089804.0

Including full on attacks by adult male Breitbart correspondents like 54 year-old James Delingpole, the highlights of which were shared by someone who is not a Delingpole fan.

You can learn more about Thunberg's by watching her full 2018 UN address here.

Thunberg's book No One Is Too Small to Make a Difference is available here.