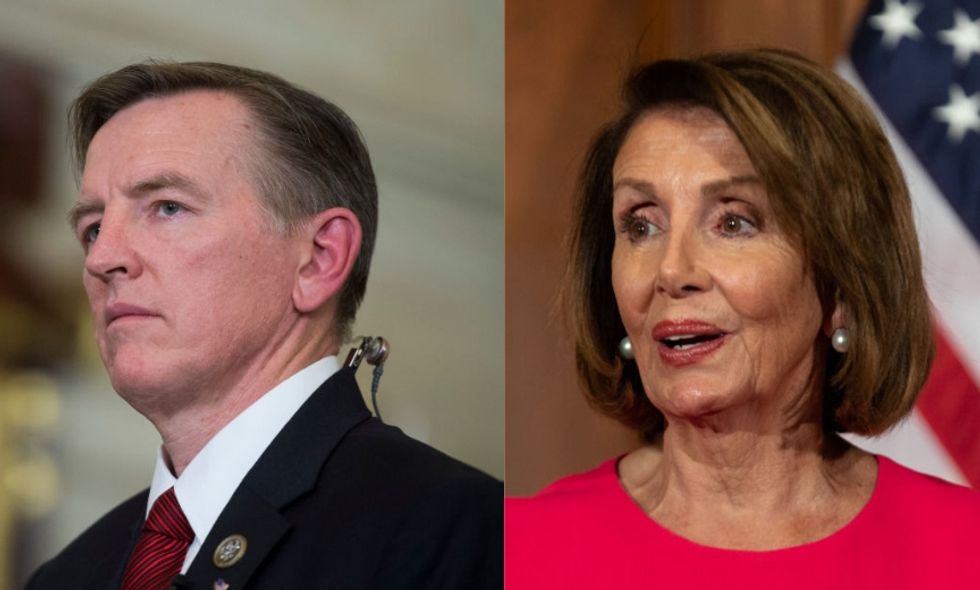 Congressman Paul Gosar (R-AZ) is in hot water following a tweet chock full of erroneous "facts" regarding the role of Democrats in the current government shutdown over funding for a wall at the southern border.

The outcry was so swift, that he soon deleted the tweet, but he neglected the fact that the internet is eternal.

First, Gosar claimed that then-House Minority Leader Nancy Pelosi (D-CA) shut down the government when in reality Paul Ryan was Speaker at the time.

He also claimed that the Democrats refused to meet with President Donald Trump, neglecting the fact that Trump bragged about storming out of the most recent meeting with Democratic leaders, calling it a "waste of time."

Then, Gosar neglected to mention that Pelosi's letter to the President regarding the State of the Union (slated for January 29) did not seek to deny him his address, but rather delay it until the government reopens to ensure the proper security is provided.

Many were quick to correct him.

You don't have the facts. - The government shut down while Republicans had control of the House, the Senate and the… https://t.co/dEUsDsUOjF
— Jennifer Hayden (@Jennifer Hayden) 1547669045.0

@ResJudiGator @nycsouthpaw The only thing to get straight - Republicans are liars.
— Drew DePaul (@Drew DePaul) 1547670054.0

Before long, users were bringing up Gosar's past blunders.

Like the time six of his own siblings ran a campaign ad on behalf of Gosar's opponent to explain why they were voting against their brother.

They didn't hold back.

Others pointed out the time that Gosar cited his experience as a dentist to assert that he was qualified to read body language. The dentist jokes were pouring in.

Though Gosar took to Twitter to decry Pelosi for allegedly beginning the shutdown, he was one of seven lawmakers that voted against allocating backpay for the 400,000 government employees working without compensation.