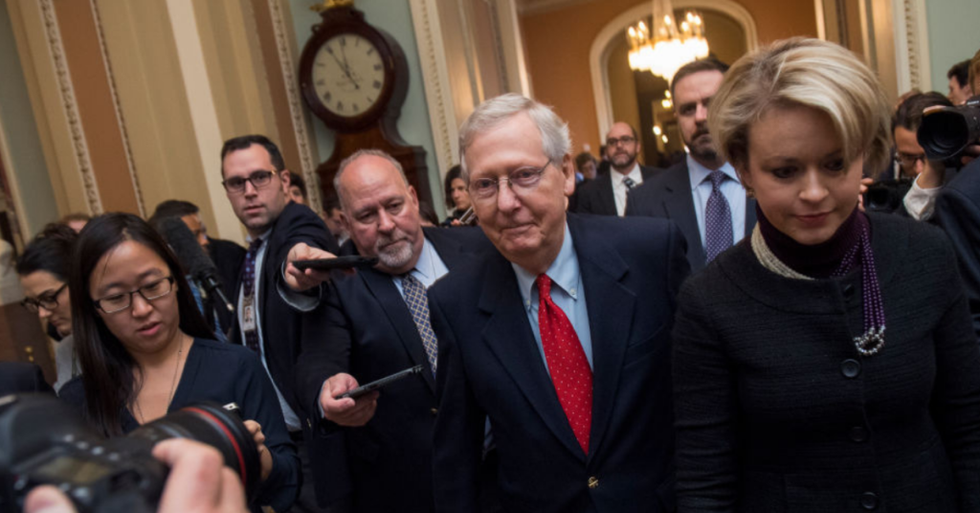 The nonpartisan Congressional Research Service (CRS) has released a report indicating that the GOP tax bill, contrary to what we've heard from Republicans, was not beneficial to the economy.

"In 2018, gross domestic product grew at 2.9%, about the Congressional Budget Office's projected rate published in 2017 before the tax cut," the report reads. "On the whole, the growth effects tend to show a relatively small (if any) first-year effect on the economy.”

The CRS report reveals that the tax bill did not have positive effects on workers' bonuses:

“While evidence does indicate significant repurchases of shares, either from tax cuts or repatriated revenues, relatively little was directed to paying worker bonuses, which had been announced by some firms.”

Nor did the tax bill usher in a surge in wages, noting that there is "no surge in wages in 2018 either compared to history or relative to GDP growth." Additionally, "ordinary workers had very little growth in wage rates."

For many, the news confirmed what many people have been saying: That the tax bill does little to benefit the lives of average Americans.

The plan's viability has been under scrutiny since it was first introduced.

A 2017 report from the nonpartisan Congressional Budget Office (CBO) found that the plan “gives substantial tax cuts and benefits to Americans earning more than $100,000 a year”––hitting the nation’s poorest citizens particularly hard––and that the legislation would “add an increase in the deficit of $1,414 billion over the next 10 years.”