The Republican Party Just Tried to Explain the Shutdown With Six Simple Tweets, Got Immediately Smacked Down With Instant Fact Checks 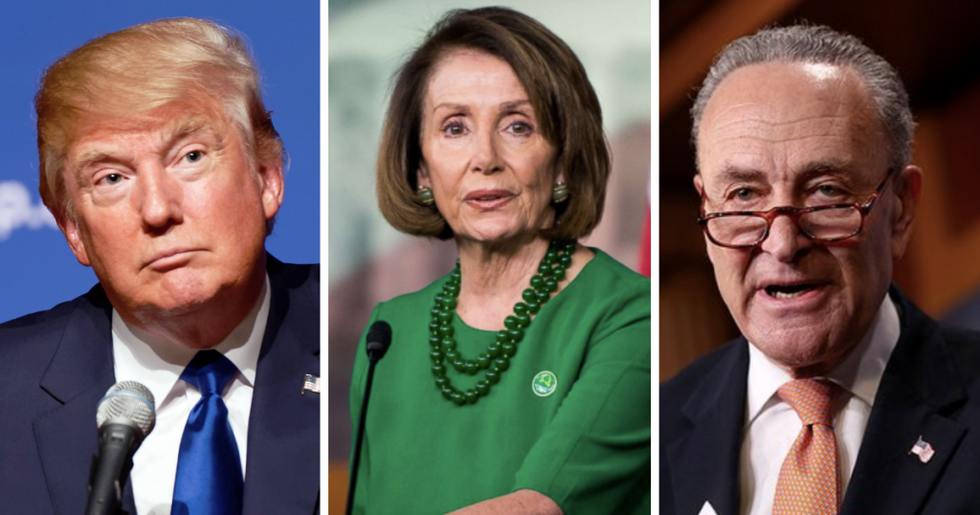 The Republican National Committee attempted to blame the government shutdown––now in its 28th day––on Democrats and cast President Donald Trump as an innocent victim in six rapid-fire tweets.

The GOP's version of events is wrong, however.

The president’s response to the shutdown has been widely criticized. He’s claimed since the shutdown, which kicked off last month after he declined to sign a stopgap funding bill because he disagreed with the decision of Congress not to provide the funding he’d requested for his proposed border wall, is a ploy orchestrated by Democrats.

In fact, the president’s insistence on blaming Democrats for the shutdown contradicts his own statements. In December, he preemptively accepted ownership of a then-possible shutdown.

These facts are not lost on many who called out the RNC for twisting the facts.

The president has insisted that border security is unachievable without a wall at the southern border. He’s been quick to remind the American people this as the government shutdown over the wall’s funding rages on and continues to use his Twitter account to advocate for the wall's construction.

It is becoming more and more obvious that the Radical Democrats are a Party of open borders and crime. They want no… https://t.co/okBk72spet
— Donald J. Trump (@Donald J. Trump) 1547642961.0

However, a recent Quinnipiac University poll shows that Americans aren’t buying what the president’s telling them.

The poll indicates that 59 percent of Americans believe President Donald Trump’s proposed border wall “is not necessary to protect the border” and “is not a good use of taxpayer money” following his televised address about border security.

“The GOP is losing the battle as 56 percent of American voters say President Donald Trump and Republicans in Congress are responsible for the shutdown, while 36 percent say Democrats are responsible,” Quinnipiac notes.

Perhaps even more damningly for the GOP, every party, gender, education, age and racial group (63 percent to 30 percent) supports “a Democratic proposal to reopen parts of the government that do not involve border security while negotiating funding for the Wall.” Republicans are the only group against it (52 percent to 39 percent).