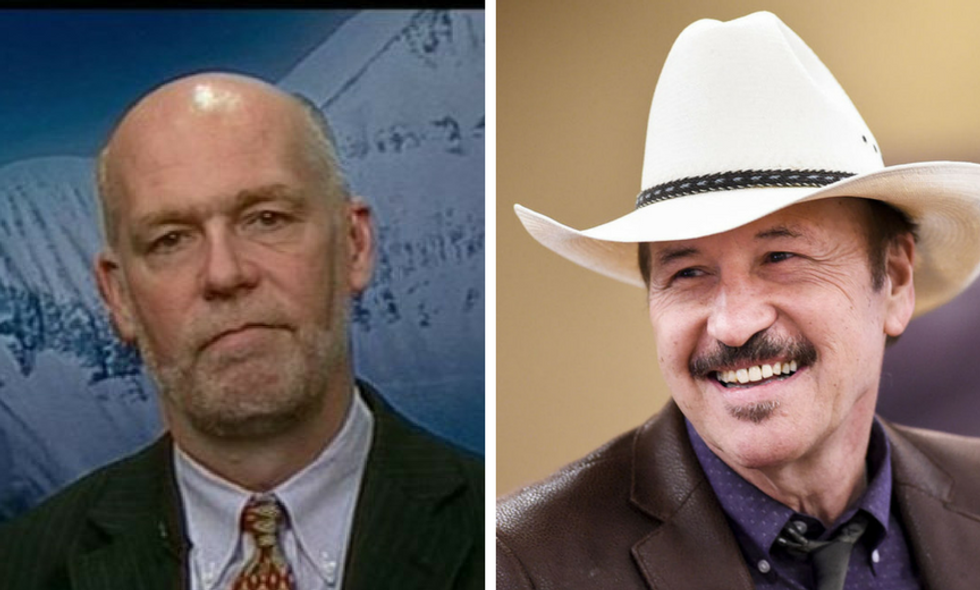 The special election campaign to fill Montana's open at large congressional seat took a violent turn Wednesday night when the Republican candidate, Greg Gianforte, allegedly body slammed Ben Jacobs, a reporter with The Guardian, who was asking him a question about the Republican health care plan.

Ben Jacobs described the assault from the back of an ambulance:

“He took me to the ground. I think he wailed on me once or twice ... He got on me and I think he hit me ... This is the strangest thing that has ever happened to me in reporting on politics.”

Gianforte's statement on the incident claims that Jacobs was the aggressor but a Fox News team witnessed the whole thing and has corroborated Jacobs's account.

Audio of the assault has been posted online.

Gianforte has been charged with misdemeanor assault in the incident.

And as Montanans begin to go to the polls Thursday morning, major newspapers in Montana, including The Billings Gazette, The Helena Independent Record, and The Missoulian have withdrawn their endorsements of Gianforte.

It's unclear whether this incident will be enough to push Gianforte's challenger, Democrat Rob Quist, over the top in the election. Almost 260,000 Montanans had already voted by mail as of Wednesday evening, which could account for as much as 70 percent of the total votes cast in the election. And it's conceivable that conservative Trump voters, who are famously contemptuous of the media, will be mobilized by Gianforte's actions. Still, this could be a game changer for Quist considering the wall to wall coverage the story is getting.

As Jeremy Johnson, an associate professor of political science at Carroll College, explains, “Some people who were on the fence about voting, they might come out (now). Someone who is not as strongly attached to a candidate, they might swing.”

A Senate Majority PAC poll taken a month ago gave Gianforte a 6 point lead, although that lead shrunk to 1 point among those voters who are most motivated to vote. A more recent online poll from Change Research showed Gianforte up 5 points.