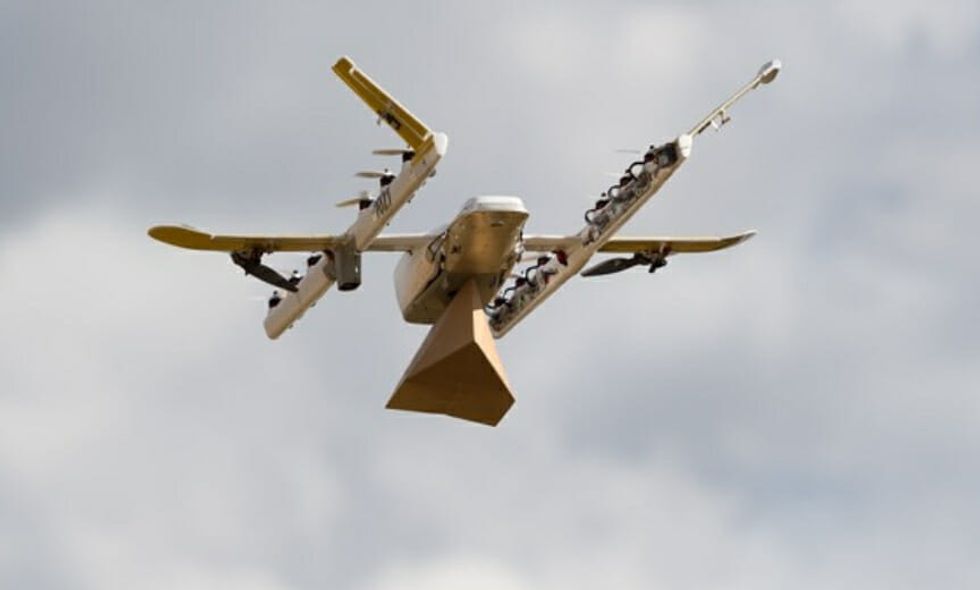 Google triumphed over the massive hurdle of getting Federal Aviation Administration approval to begin delivering packages via drone.

Wing, an offshoot of Google X, has been certified by the FAA as an airline. The company released a statement elaborating on what this certification will allow going forward:

"Air Carrier Certification means that we can begin a commercial service delivering goods from local businesses to homes in the United States. For communities across the country, this presents new opportunities. Goods like medicine or food can now be delivered faster by drone, giving families, shift workers, and other busy consumers more time to do the things that matter."

Having tested the drones in Virginia for nearly three years, Wing will expand the program to Blacksburg and Christiansburg—two rural areas in the state—later this year. The company plans to be in conversation with local residents over the coming months in search of the best way to implement the delivery system.

“There’s going to be a lot of learning for us as well, since this is a first of its kind and nobody really knows specifically the best applications,” Wing CEO James Ryan Burgess said. “We think it’s actually in partnership with the community that we’ll find those answers together.”

Wing also touted that the drone deliveries will help Americans with limited mobility and contribute to cutting emissions from automobiles.

Secretary of Transportation Elaine Chao said of the move:

“This is an important step forward for the safe testing and integration of drones into our economy. Safety continues to be our number one priority as this technology continues to develop and realize its full potential.”

Some people are skeptical of the technology, though we can imagine people said the same thing about airplanes.

@business And when the first drone is used for domestic terrorism that will be that. This may one day be a great me… https://t.co/CvdVfu6Bde
— Dennis A Yurkus Jr (@Dennis A Yurkus Jr) 1556025673.0

@NPR I'm skeptical, but if the reduced carbon emissions and lower road congestion actually happen, it might be worth it.
— beadragonne (@beadragonne) 1556042125.0

Nevertheless, it looks like drone deliveries will be ubiquitous sooner than we think.