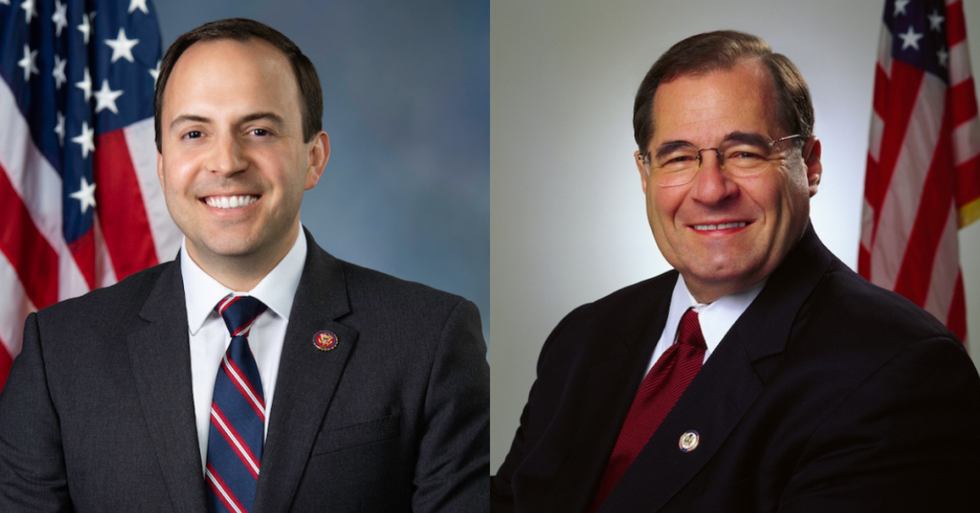 The term coup is not one that has applied in the United States since the Revolutionary War period. While the US history books may refer to the creation of the USA as a revolution, the British Empire could have called it a coup.

There was no legal method of removing the British from power in the colonial era and the word coup means:

"a sudden, violent, and illegal seizure of power from a government"

And therein lies the sticking point for a recent accusation by Republican Representative Lance Gooden of Texas against Chair of the House Judiciary Committee Jerry Nadler of New York. Gooden claims Democrat Nadler is attempting a coup and must be stopped.

On Tuesday, GOP member Gooden introduced a measure to remove Jerry Nadler as the Chair of the House Judiciary Committee.

"By law, he may not launch impeachment proceedings until the full House votes for him to do so. This attempted coup against a duly-elected, sitting president is unprecedented and must be stopped."

"I urge the Majority to move immediately to have him stripped of his chairmanship and that any accomplices on the Judiciary Committee not be considered as a replacement."

While Trump supporters have bandied the word coup about for some time in regards to the many investigations into the now dissolved Trump Foundation charity, Trump University, impropriety by since resigned members of the Trump administration, indicted and convicted Trump campaign members and foreign interference in the 2016 election, do they have a valid case.

As defined, Nadler's Judiciary Committee inquiries into more potential impropriety by the Trump administration—obstruction of justice this time—falls far short of the definition of a coup. While not all coups are violent, they are sudden—the last two plus years fails to be a sudden occurrence—and illegal.

It is the question of legality upon which Gooden rests his hopes to remove Nadler. Freshman Representative Gooden—a University of Austin graduate with a BA in government—is putting his knowledge of constitutional law up against Jerry Nadler, a graduate of Columbia University with a law degree from Fordham University and 42 years experience in state and federal government, including during the impeachment of President Bill Clinton.

As with GOP outcry over the Justice Department's duly appointed Special Counsel, dislike of the law or provisions of the US Constitution does not nullify either. As many times as President Trump and his supporters claimed investigations into the proven interference and other crimes by Russian assets and members of the Trump campaign were illegal or a witch hunt, legally and constitutionally they were not.

Just as the House Judiciary Committee investigating possible obstruction of justice to see if an impeachment is warranted is neither a coup or an actual impeachment.

For the question of country over party, or even party over President Trump, people felt Gooden's devotion lay solely with the President.

@girlsreallyrule I suggest Rep. Lance Golden do what 5 other members from Texas have done just QUIT, or grow a spin… https://t.co/eam4JUYYSj
— Michael McCarthy (@Michael McCarthy) 1569347607.0

Many called on Texans to remove Gooden instead.

@girlsreallyrule Gooden wants to remove Nadler but all the while Goodwin is protecting the traitor of our Country… https://t.co/lPeCf6FXx2
— Helen Self (@Helen Self) 1569348169.0

While one person had advice for what might work better than Gooden's measure to remove Nadler for a coup.

@girlsreallyrule If they're going to slow down the impeachment process, Congressional Republicans will need to do m… https://t.co/uZPXslOcFG
— B Koplow (@B Koplow) 1569346763.0

While the GOP minority in the House supported Gooden's measure, the Democratic majority held a meeting at 4:00pm Tuesday to decide how to proceed based on the recent congressional hearings as well as new information about the President pressuring a foreign government to help him gain an advantage over a political rival. It was announced a formal impeachment inquiry would commence.

The book Impeachment: An American History is available here.