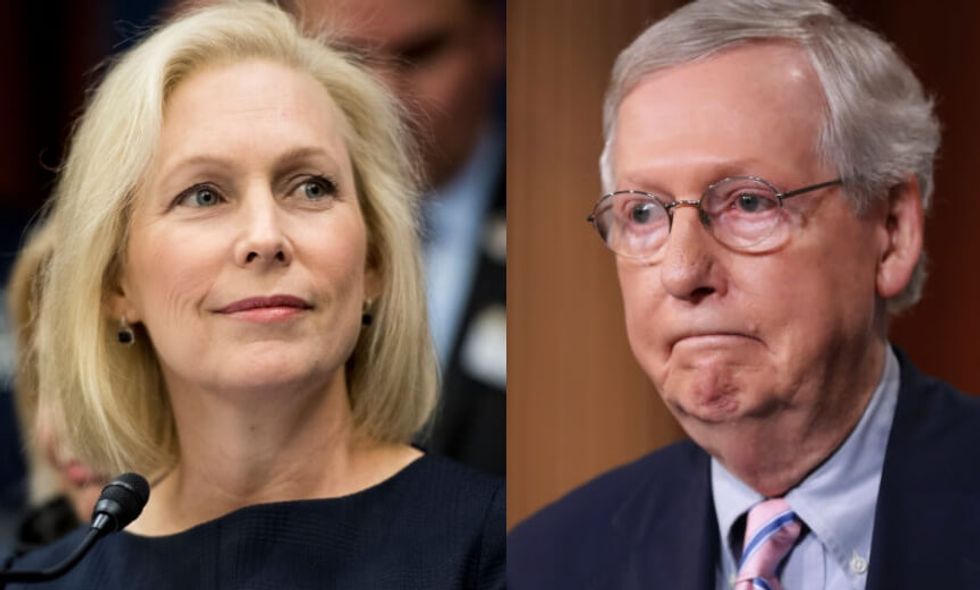 The measure passed the House of Representatives by 420-0.

@senatemajldr How? We haven’t seen anything but a four page partisan report. So go fuck yourself for blocking the… https://t.co/8MbMDnh7Qj
— Rage Donkey™️ (@Rage Donkey™️) 1553552410.0

@senatemajldr You are participating in a criminal coverup. You are among the worst American elected officials in hi… https://t.co/aVuKfUW9NM
— Carter Gaddis (@Carter Gaddis) 1553550538.0

While McConnell is known to be unyielding in his support for Trump, the calls to release the report have come from both sides of the aisle.

I have always had confidence in Special Counsel Mueller and welcome the completion of his report. Attorney Genera… https://t.co/BNNuu3bxSC
— Sen. Susan Collins (@Sen. Susan Collins) 1553300428.0

Even Trump himself has expressed support for the report's release.

When pressed on his reasoning for blocking the measure, McConnell said:

“It’s not unreasonable to give the special counsel and the Justice Department just a little time to complete their review in a professional and responsible manner.”

This comes despite Schumer clarifying that the passing of the measure wouldn't call for an immediate release of the report.

McConnell may be able to play politics on the Senate floor, but with bipartisan outcry calling for its release, there's only so long he can stall.