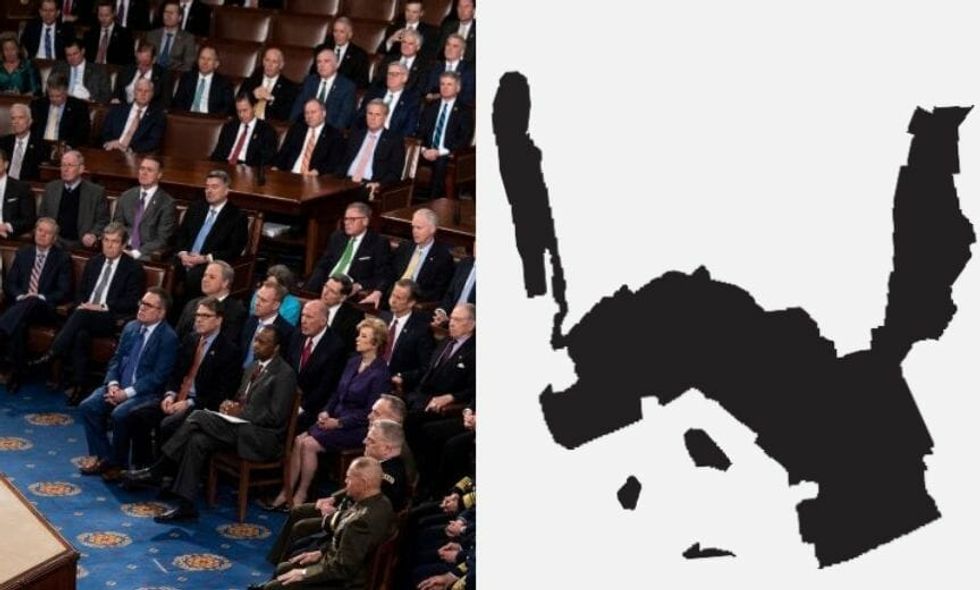 Gerrymandering—the practice of deceptively drawing congressional districts to give one party an electoral advantage—has plagued American democracy for over a century. Boundaries are drawn illogically for the sole purpose of including voters of one party in order to give that district a partisan hold.

In the United States, the unethical practice has largely benefitted Republicans. Just last month, the majority Republican-appointed Supreme Court ruled that the federal government can't intervene with partisan gerrymandering at the state level, despite gerrymandering producing an overwhelming amount of Republican state legislatures.

The Supreme Court ruling led to massive outcry, with Americans across the country urging their representatives to combat the practice.

One of the more creative methods of activism lies in a font which uses absurdly drawn districts to represent letters. The sad part is, it's pretty legible.

Here's an example below:

The font is called "Gerry" (short for gerrymandering) and its anonymous creator(s) are using it to get the word out to Americans about corrupt districting.

It's even calling out representatives in tweets of individual districts.

More than talking, it has people speaking out.

You can download the font for free at uglygerry.com.