Donald Trump Surpassed a Major Milestone in the Number of Lies He's Told as President, and George Conway Just Congratulated Him in the Most Trumpian Way 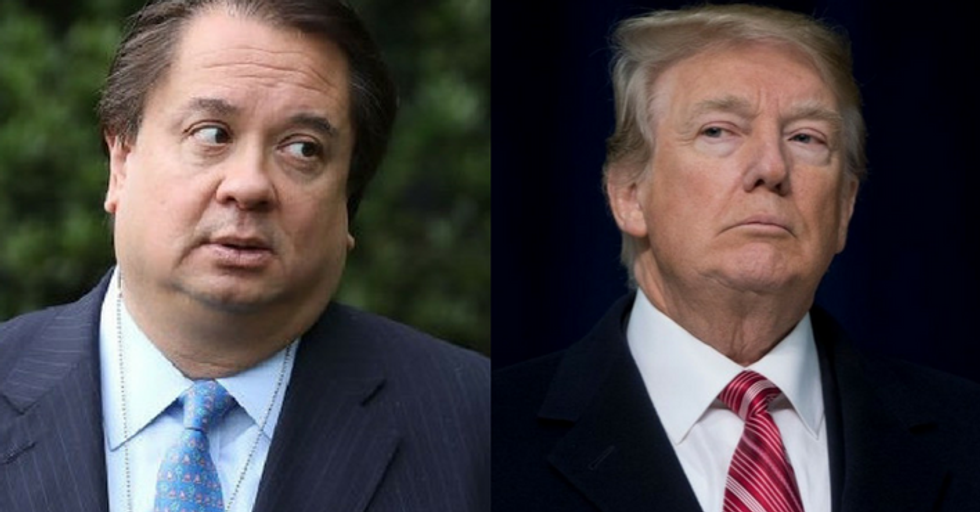 Monday morning The Washington Post marked a milestone for the Trump administration, or more specifically President Donald Trump. And George Conway, husband of Counselor to the President Kellyanne Conway made certain to congratulate him on Twitter.

"The Post's Fact Checker database has been updated with President Trump's weekend remarks. He has surpassed 10,000 false claims during his presidency."

The Post is one of several organizations that tracks lies and false claims made by the President.

In response to their tweet, George Conway—husband of the woman who coined the phrase "alternative facts" to describe her boss' obfuscations—posted:

"Congrats, #DerangedDonald!! An amazing accomplishment!! No one but you could have achieved this. Not just the number. Covering all topics, never shying from even the most brazen, disprovable lies, you’ve even managed to tell multiple lies on same subject, lying even about lying!!"

Congrats, #DerangedDonald!! An amazing accomplishment!! No one but you could have achieved this. Not just the numbe… https://t.co/KwyxbYRQ0Z
— George Conway (@George Conway) 1556535817.0

"Please [retweet] this story so that all Americans can celebrate this historic milestone and give credit to our unsurpassable president!! #MAGA #DerangedDonald"

Please RT this story so that all Americans can celebrate this historic milestone and give credit to our unsurpassab… https://t.co/8OzSrjU3Jc
— George Conway (@George Conway) 1556535940.0

People appreciated the heads up from Conway.

@gtconway3d Now he can truthfully claim to have done something better than all other presidents.
— Michael Rossi (@Michael Rossi) 1556542249.0

@gtconway3d Shouldn’t there be some sort of reward for this high honor? Like golden handcuffs and a padded cell?
— Brian Ross (@Brian Ross) 1556543937.0

Although many raised issues with Conway himself.

@gtconway3d I like George’s posts, but also believe there must be something seriously wrong with a man who can be m… https://t.co/HRGJzEVx2B
— Leah Catherine (@Leah Catherine) 1556554013.0

George Conway was not alone in drawing attention to the latest accomplishment of President Trump. Although not all were as congratulatory.

Many noted the recent rapid acceleration of lying, from 8 per day to 23. While theories abound, only President Donald Trump knows for certain why he has such a difficult relationship with the truth.