Republican Chairwoman Just Tried to Call Rep. Adam Schiff a Liar With a Lie of Her Own, But George Conway Had the Receipts 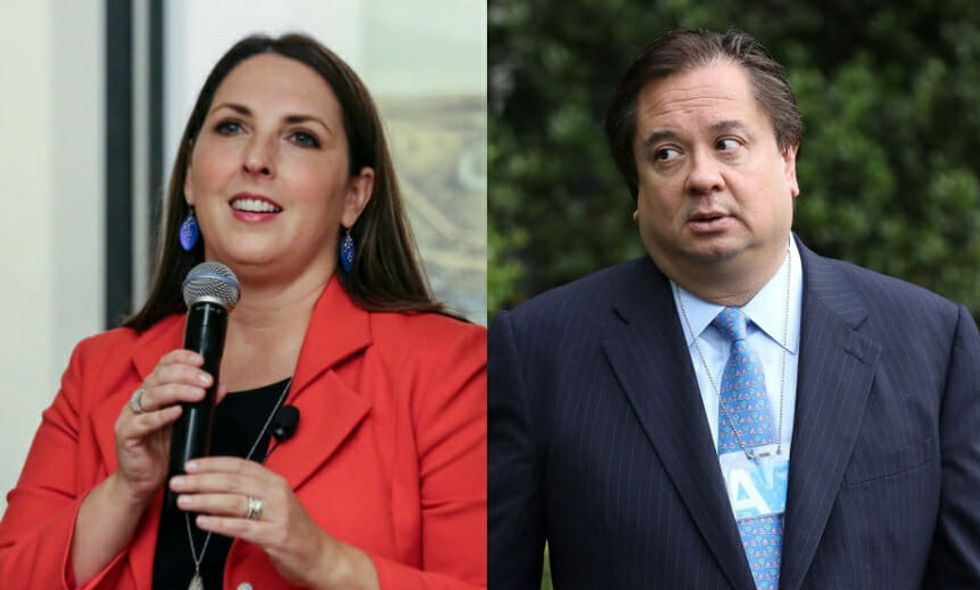 Donald Trump has since deemed Schiff a "pencil-neck," even selling shirts paying tribute to the moniker. He frequently decries Schiff at his rallies and on Twitter.

Adam Schiff is delusional. He says he doesn't have any regrets, even after the Special Counsel investigation exon… https://t.co/eTLhUurOjP
— Ronna McDaniel (@Ronna McDaniel) 1554655349.0

“While this report does not conclude that the President committed a crime, it also does not exonerate him.”… https://t.co/mDc0eGuKMd
— George Conway (@George Conway) 1554776460.0

Conway alluded to the words Attorney General Barr's summary, which plainly say that, on possible obstruction of justice, the President is not exonerated. This hasn't stopped Trump and his ilk from claiming that the Mueller Report is a complete and total exoneration of the President.

Many had thoughts on "the liar who shouldn't be taken seriously."

With the report still unreleased, Conway's words also spurred some speculation as to what it could reveal.

@gtconway3d The Mueller report almost assuredly confirms Trump knew the Russians were weighing in, yet he did nothi… https://t.co/XsoTIYW65Y
— Texican (@Texican) 1554776801.0

Calls to release the report are growing louder after its release has been frequently blocked by Senate Republicans. Barr has promised to release it later this month, after redactions are made.

Hopefully the redactions won't conceal the most important parts.