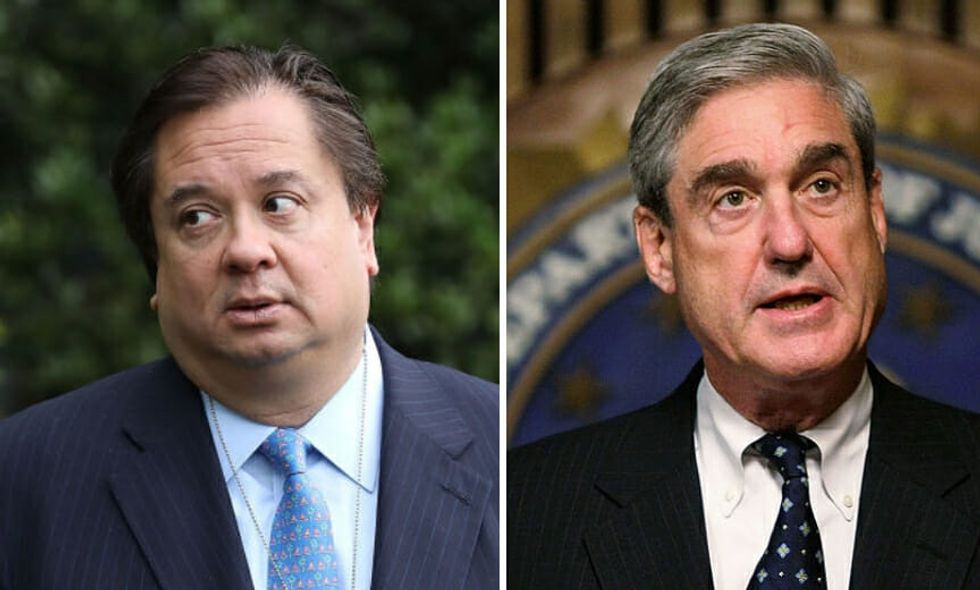 While his wife Kellyanne Conway may be one of President Donald Trump's most senior counselors, attorney George Conway has made it no secret that he is no fan of Trump.

The two have sparred on Twitter and Conway has questioned Trump's very sanity.

When the White House used Attorney General William Barr's four page summary of the Mueller Report to claim that the report was a "total and complete exoneration" of the President, Conway called that out as well—and now he's doing it again in the days before the report is expected to be made public

"As the report states: ‘[T]he investigation did not establish that members of the Trump Campaign conspired or coordinated with the Russian government in its election interference activities.'"

The brackets to denote the case change at the beginning confirm that the portion quoted by Barr isn't the full sentence. Honig and Conway think that sentence actually begins with a qualifier.

Many have said that the Barr letter isn't an adequate substitute for seeing the full report, precisely for the reasons Conway and Honig point out.

The investigation not being able to establish conspiracy between Russia and the members of the Trump campaign beyond reasonable doubt is not the same as finding no evidence. The importance of this distinction as it relates to the Trump campaign's interactions with Russia can only be known with the release of the report.

The mysterious brackets in the letter have piqued the curiosity of others.

The Mueller Report is one of the most hotly anticipated documents in modern American history.

When the public will see it—and how much of it will escape redactions—has been a huge issue among politicians and the rest of the populace.

TGIM: Attorney General Bill Barr just arrived at the Justice Department for what could be a final day of preparatio… https://t.co/PZ0lLIPcQX
— Josh Gerstein (@Josh Gerstein) 1555332313.0

Despite describing the report as an exoneration of the President, the White House is preparing a rebuttal for the report's release.