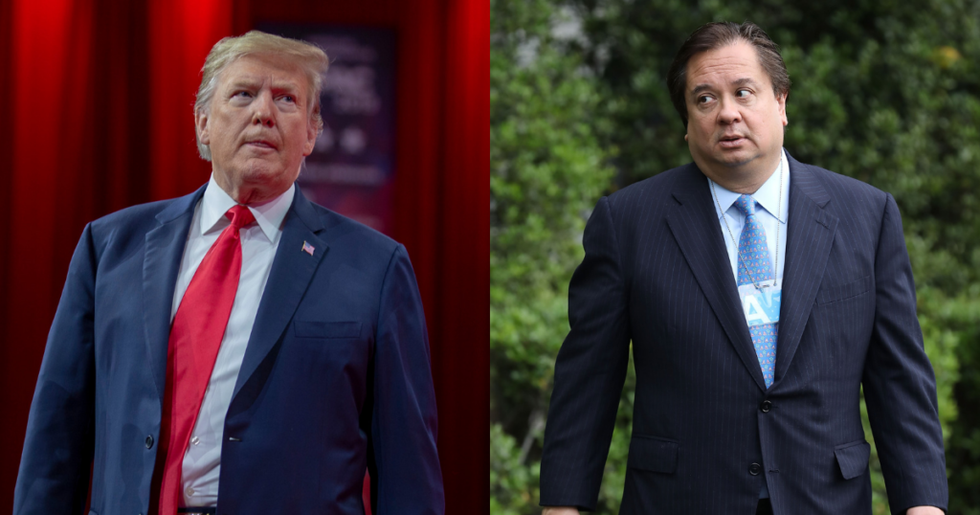 Like many of his fellow septuagenarian New Yorkers, President Donald Trump considers Florida to be his second home. Trump narrowly won the Sunshine State's 29 electoral votes in 2016, but a new poll suggests his prospects there in 2020 are far less bright.

A Bendixen & Amandi International survey published on Monday found that only 40 percent of Florida voters think Trump deserves a second term, and 53 percent want to see him defeated. In addition, nearly a quarter of Florida Republicans - 23 percent - have also tired of Trump.

The president's approval rating in Florida, according to the poll, is a chilly 43 percent, while the state's Republican governor, Ron DeSantis, is enjoying 50 percent approval.

George Conway, a conservative lawyer married to one of Trump's closest advisors, Kellyanne, is thrilled, particularly because the numbers among Floridian independents are especially damning for Trump.

“Trump is in trouble,” pollster Fernand Amandi told Marc Caputo of Politico. “When that many people from your own party don’t support you, it means you have to spend more time consolidating your base.”

This means Florida could easily shift back to the Democratic candidate, as it did in 2008 and 2012.

Some people were wary of Conway's optimism over a potential Trump defeat.

@gtconway3d Suggests that 77% of Republicans in this glorious state DO think Trump should be elected. Great googly moogly...
— Todd Smith (@Todd Smith) 1551874552.0

Most, though, are trying to be optimistic, tough as it may be.

Hope is a powerful thing.

Democrats need to campaign their hearts out.

“This idea that we need to re-evaluate Florida as a swing state is utterly disproved by this poll,” said Amandi. “Florida remains the swing state prize. The $64,000 question is, ‘Can Democrats not named Barack Obama seize that prize?’”

That, Amandi added, will largely depend on who the Democratic nominee is. Her poll found that former Vice President Joe Biden is the clear favorite among likely voters, with 26 percent support in a crowded and still growing field.

But with a year to go until Florida's primary, the state is still anyone's prize.

Watch Kamala Harris. She might be well-positioned to surge ahead in a crowded Democratic field à la Andrew Gillum i… https://t.co/HfYL1CrU7f
— Marc Caputo (@Marc Caputo) 1551869669.0

The survey of 602 likely voters was conducted from March 1-5 and has a margin of error of +/- 4.4 points. The poll included an oversample of 300 Democrats.