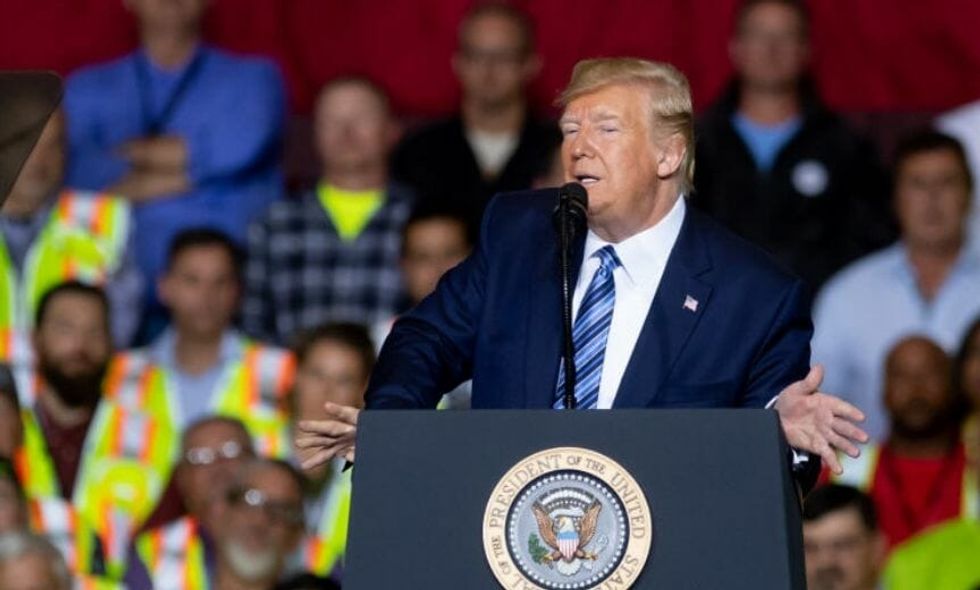 President Donald Trump spoke to chemical workers in Pennsylvania on Tuesday. The speech was supposed to be about energy, but it quickly went off the rails.

Though he was there on an official presidential visit, not a campaign event, that didn’t stop him from using the slur “Pocahontas” to refer to Senator Elizabeth Warren (D-MA), telling the workers to “make sure we win” in the 2020 presidential election, or from joking about the possibility of there being no election at all.

As tends to be necessary, CNN fact-checker Daniel Dale was typing his fingers to the bone correcting Trump's numerous misstatements.

But it was the person who retweeted his facts that began garnering attention. Husband to presidential adviser Kellyanne Conway, lawyer George Conway amplified Dale's fact-checking multiple times with a word we were all thinking:

Despite being the husband to one of the president's most devoted mouthpieces, Conway has long been a critic of the president, calling him racist and insane. He's never publicly called out Kellyanne Conway for her unwavering endorsements of him, however.

The speech was practically indiscernible from one of Trump's rallies, yielding incendiary moments of intolerance or incoherence or both; moments that should be memorable, but will only flow further down a river of dastardly rhetoric until they're downstream of our collective memory, replaced by the latest gaffe or bigoted display that leaves us all asking?"