After Don Jr. Called George Conway 'a Disgrace' for Criticizing His Father, Conway Fired Back With Blistering Tweets 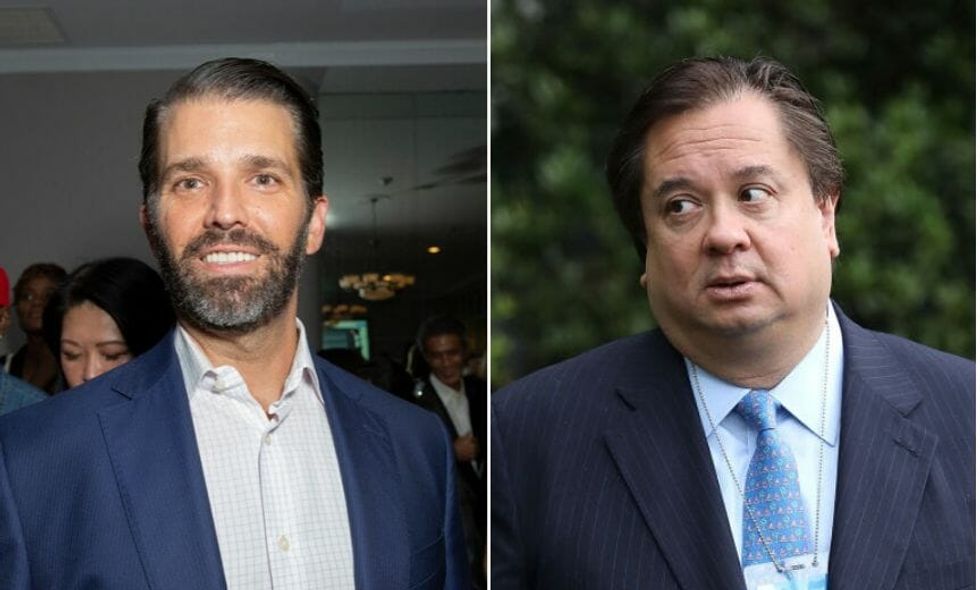 George Conway, husband of Trump senior advisor Kellyanne Conway and masterful Twitter critic of the president, made headlines this week by taking his criticism of Trump off Twitter and onto the airwaves, serving as an impeachment hearing commentator for MSNBC.

Donald Trump, Jr. did not take kindly to that, as he made clear on Twitter in a tense back and forth for the ages.

It all started Friday afternoon after Don Jr. tweeted his disgust with the impeachment hearing witnesses, including former Ambassador Marie Yovanovitch. In response, Conway destroyed Junior and his father in a single tweet, saying the first three witnesses had "more intelligence, talent, integrity, decency, honor, and patriotism in each of their fingers than you and your father will ever have."

To which Don Jr. replied, accusing Conway of being a "disgrace."

A guy who routinely & publicly embarrasses his wife by attacking her boss for the purpose of getting retweets and b… https://t.co/0stS2nt8LQ
— Donald Trump Jr. (@Donald Trump Jr.) 1573846501.0

Cue Mr. Conway, who proved himself far more adept at Twitter than Junior.

But Don Jr wasn't done...and neither was Conway.

@gtconway3d Well said, George!! @realDonaldTrump is a NATIONAL EMBARASSMSNT, and you can throw @DonaldJTrumpJr in t… https://t.co/5apUYHxfcD
— Justice for all (@Justice for all) 1573851264.0

And the contempt for Trump Jr. was plentiful.

@gtconway3d @DonaldJTrumpJr could give a master class in lack of self-awareness. He really is in no position to tal… https://t.co/nRtkWmuO9n
— stglsh (@stglsh) 1573850620.0

@gtconway3d @DonaldJTrumpJr ...if you ever come to your senses, you'll be horrified by what your father has done. A… https://t.co/GJIfNb7hbK
— Natasha Stoynoff (@Natasha Stoynoff) 1573851325.0

And one user decided to use Jr's own book title against him.

Don't be such a snowflake, Junior.