The Case for an Official Third Gender Option

In some situations, a baby’s gender can’t be determined at birth. For these people, a nonbinary or non-gendered birth certificate is needed. 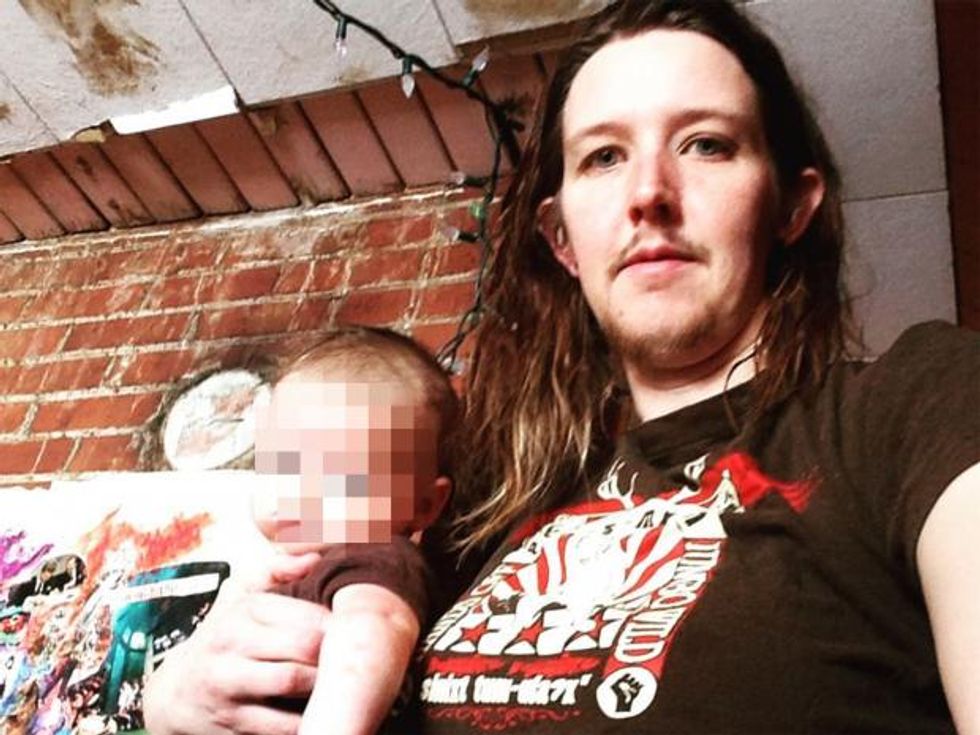 It’s a boy! Unless it’s a girl, right? That identifying detail is decided in our first minute of life. It’s recorded on a birth certificate and becomes the first thing anyone knows about us. But sometimes a visual inspection of one’s genitals leads to the wrong designation.

That was the case for Kori Doty, a Canadian non-binary transgender person who identifies as neither male nor female, and prefers to use the pronoun they. "When I was born, doctors looked at my genitals and made assumptions about who I would be, and those assignments followed me and followed my identification throughout my life," Kori Doty said. "Those assumptions were incorrect, and I ended up having to do a lot of adjustments since then."

Doty is now the parent of Searyl Atli, an eight-month-old who arrived via homebirth and is the first person in Canada to be issued a health card with a genderless identification. Doty, who is advocating for a genderless birth certificate, has not made public what gender Searyl’s genitals most closely resemble, or whether prenatal testing provided information about the child’s chromosomes. However, Doty notes that these details wouldn’t provide answers about the baby’s gender anyway. Transgender people exhibit a wide variety of differences, ranging from hormonal causes to brain structure, which aren’t evident at birth. If babies aren’t assigned a gender before they can declare their own gender identity, Doty argues, they will be less hampered by society’s expectations.

The family's lawyer, barbara findlay, who spells her name without capital letters, said "The assignment of sex in this culture is done when a medical person lifts up the legs and looks at the baby's genitals. But we know that the baby's own gender identity will not develop for some years until after they're born."

That visual inspection leads to a wrong gender identification for a number of babies. Children who are born with Klinefelter’s syndrome — one in 1,000 births — may have male genitalia but female chromosomes, and could identify as either gender. People with androgen sensitivity disorder — one in 13,000 births — are genetically male but have female external physical sex characteristics. Transgender people — 1.4 million in the U.S. — will have the external characteristics of one gender, but identify as the other. Non-binary people — neither XX or XY chromosomes; one in every 1,666 births — don’t identify as either male or female. Sometimes a baby’s genitals are ambiguous, meaning they may have characteristics of both or neither gender. One or two of every 1,000 people have had surgery to “normalize” their genital appearance. So, for all of these reasons, Doty argues that a third gender identifier, “U,” for undetermined or unassigned, be an option. Some states permit transgender people to amend their gender on their birth certificates if their gender doesn’t match the original assignment. But in most places, a suitable option doesn’t exist for non-binary or third-gender people. That may be changing.

Oregonian Jamie Shupe received a non-binary birth certificate in 2016. “I was assigned male at birth due to biology,” said Shupe. “I’m stuck with that for life. My gender identity is definitely feminine. My gender identity has never been male, but I feel like I have to own up to my male biology. Being non-binary allows me to do that. I’m a mixture of both. I consider myself as a third sex.”

In June, Oregon state officials adopted a new rule that allows individuals to choose not just from “Male” or “Female” on identification cards, but “X” as well––for unspecified. The rule went into effect on July 3, making Oregon the first state in the U.S. to legally recognize non-binary, intersex and agender persons on ID cards.

In January, an intersex birth certificate was issued to 55-year-old Californian Sarah Kelly Keenan, who has Swyer syndrome, which is often marked by XY sex chromosomes and female external genitalia, in addition to undeveloped gonads.

Joshua M. Ferguson, an Ontario filmmaker, is fighting to change their birth certificate from male to non-binary — neither male nor female. Currently, Ontario offers gender-neutral options for drivers’ licenses and health cards but not for birth certificates. Making that change may be an uphill battle. In a recent poll, 58 percent of Canadians opposed adding a genderless birth certificate option.

However, as societies expand gender awareness to include transgender and non-binary people, physicians are calling for a ban on the practice of surgical sex assignment for babies born with ambiguous genitals, which would make that third gender or non-gender option necessary.

“As much as 1.7% of the population is estimated to have intersex traits, while newborns’ genitals get medical attention in an estimated one in 2,000 births,” said Dr. I.W. Gregorio, who argues that instead of surgically choosing a gender for babies, doctors and families should wait until the child is old enough to make that decision for themselves.

“For decades, intersex people have suffered deeply harmful and medically unnecessary genital surgeries, performed in infancy and without their consent, despite the fact that these surgeries can almost always be delayed until the intersex individual can participate in the decision-making process.”

In other words, for these children, since gender isn’t apparent at birth, it doesn’t make sense to randomly choose, either via surgery or via a birth certificate designation. For these babies, a third option may be the best option.