Gallup Asked How Proud People Are to Be American, and the Results Should Surprise Exactly No One

Can you really blame them? 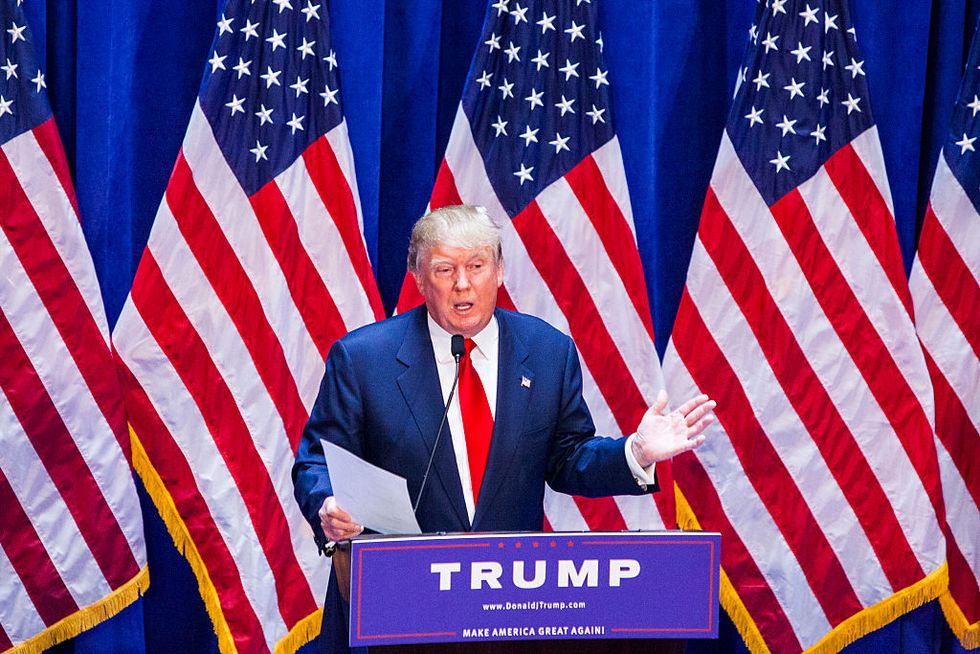 NEW YORK, NY - JUNE 16: Business mogul Donald Trump holds documents certifying his net worth is 8.7 billion dollars as he announces his candidacy for the U.S. presidency at Trump Tower on June 16, 2015 in New York City. Trump is the 12th Republican who has announced running for the White House. (Photo by Christopher Gregory/Getty Images)

Americans may just be coming off their Independence Day celebrations, but a newly-released Gallup poll indicates that Americans' pride in their country has never been more scarce. In fact, it's at the lowest level since Gallup started polling the question in 2001. While American pride has been in gradual decline for the last few years, these numbers were the first time that those "extremely proud" to be an American fell below the majority at forty-seven percent.

The poll, conducted over the first two weeks of June, does show that most Americans take at least some level of pride in their country, with only three percent saying they were not proud at all. However the combined total of those who identify as "extremely proud" or "very proud" was at seventy-two percent: another all-time low.

Perhaps unsurprisingly, extreme pride has dropped the most in Democrats at only thirty two percent, down eleven points from the 2017 poll. Meanwhile, extreme pride in Republicans has risen by two points in the same time, at seventy four percent.

The poll indicates a surge of unease and dread at what America and patriotism have come to connote over the last few years, and it's not difficult to discern why. Since last Independence Day alone, Americans have seen white supremacists and neo-Nazis march proudly through the streets, increasing evidence that members of a political campaign had correspondence with foreign powers for the purpose of winning an election and children separated from their parents seeking asylum, in addition to typical American occurrences like mass shootings.

In a climate inundated by horrifying developments, Americans weren't surprised at Gallup's results.

However, many were quick to misinterpret the information.

Some Republicans began to use the data to insinuate that Democrats are less loyal to America.

Political analyst Brit Hume of Fox News said outright that Democrats don't even love the country in a now-deleted tweet.

He later acknowledged the error:

I deleted an earlier tweet that said Democrats don’t love America. It was based on a Gallup poll that found only a… https://t.co/saIMSA3TrJ
— Brit Hume (@Brit Hume) 1530754259.0

Posts like Hume's led to conversations about the difference between loving one's country and being proud of it. Many attributed their lack of pride to the current administration.

@brithume I am a Democrat. I love this country, but I do NOT like the direction this administration is leading it.… https://t.co/a1jJixHDwM
— Anita Feller (@Anita Feller) 1530805782.0

The United States has never been a perfect country, but morale, for many, is lower than ever. The trend has existed since before Trump's campaign yet has accelerated since his inauguration. It will take a complete reversal for many to restore their pride, but most opinions indicate that their love for this country--and their willingness to improve it--is unwavering.