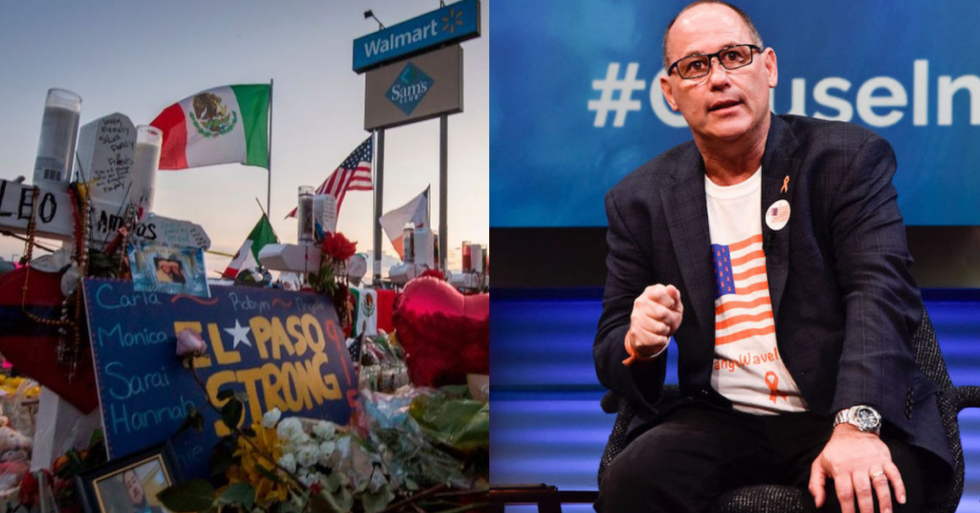 Fred Guttenberg—whose 14 year-old daughter Jaime was murdered at her high school in Parkland—let the billion dollar retail chain know what he thought of their decision.

Walmart announced after two shootings at their stores—one in Mississippi and one in Texas—they would "temporarily remove advertising displays for violent video games."

"We’ve taken this action out of respect for the incidents of the past week, and this action does not reflect a long-term change in our video game assortment."

Guttenberg was not alone in his condemnation of Walmart's response to a domestic terrorist attack at one of their own stores. The second incident in Mississippi involved a former employee who shot and killed two store managers.

Walmart is the largest retailer of guns in the US. Many people have been shot and killed inside Walmarts in recent… https://t.co/RsLasnYaMN
— Bree Newsome Bass (@Bree Newsome Bass) 1565356653.0

According to a policy statement from the media psychology division of the American Psychological Association:

"The data on bananas causing suicide is about as conclusive. Literally. The numbers work out about the same."

The countries of Japan and South Korea both spend more per capita on video games.

Neither country experiences the violence seen in the United States. Both also have very restrictive gun control laws.

Researchers also raised questions about when politicians, mass media and the public seek to blame violent video games, movies, TV shows or other media after an act of violence. Video games were more than "eight times as likely to be brought up when the shooter is White than when the shooter is Black."

"We should think about when we are more comfortable looking for something else to blame. I haven’t heard any Senators talk about video games when an immigrant commits a crime."

this dude left a manifesto explaining why he killed these people and they’re still going to go with “it was the vid… https://t.co/2FeCLgOpDC
— b-boy bouiebaisse (@b-boy bouiebaisse) 1565354684.0

If you're a fan of video games, show your support with this shirt, available here.