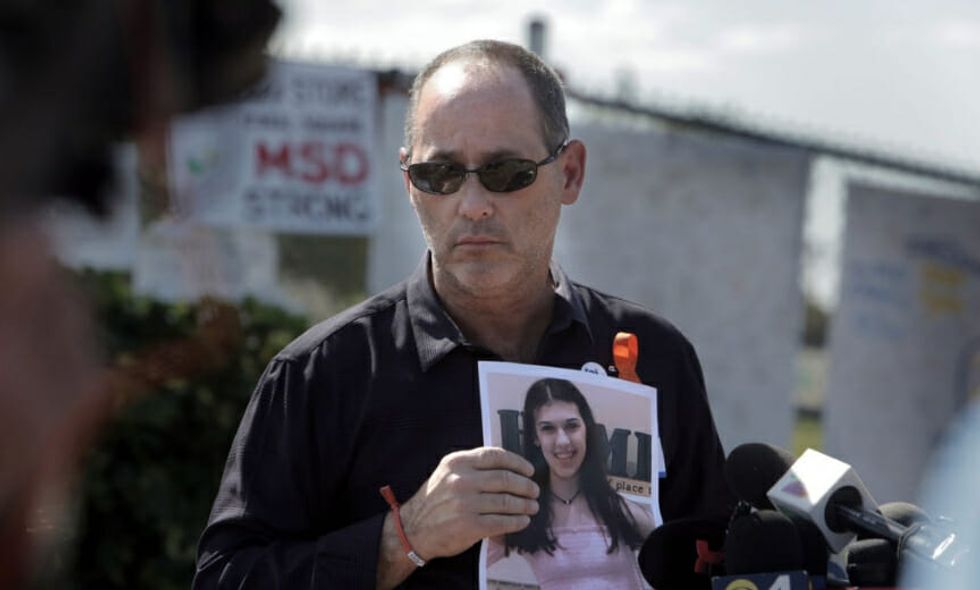 Fred Guttenberg—whose daughter perished in the 2018 shooting at Marjory Stoneman Douglas High School in Parkland, Florida—spoke out after a recent bill allowing teachers to carry guns in schools passed the Florida state senate.

The bill requires teachers to complete 144 hours of training and a psychological evaluation before they're permitted to carry guns in the classroom, but Guttenberg told Newsweek that the legislation is still harmful:

"The idea that a teacher with a locked weapon has the ability to react to somebody who walks in with an AR-15 is comical and moronic and dishonest. And it’s what senators voted for yesterday.”

Guttenberg tweeted about the decision as well.

(1,2) To every Florida legislator who voted to arm teachers, and who also yells about mental health, I have a quest… https://t.co/IVFLWMVHNV
— Fred Guttenberg (@Fred Guttenberg) 1556110616.0

Expert after expert has said that arming teachers is a horrendous idea. A lot of it boils down to common sense.

In the chaos of an active shooter situation, every second counts for authorities seeking to identify and subdue the shooter. Throw multiple teachers with guns into a mix of students running for their lives, and finding the culprit becomes even more insurmountable.

What's more, students would likely know when and where teachers store their guns, similarly to the way they know their parents' gun maintenance habits. According to Everytown for Gun Safety:

"A recent study shows that the majority of children are aware of where their parents store their guns, and more than one third reported handling their parents’ guns—40 percent of them doing so without the knowledge of their parents."

The bill has yet to pass into law, but many are terrified at the state senate's endorsement of the legislation.