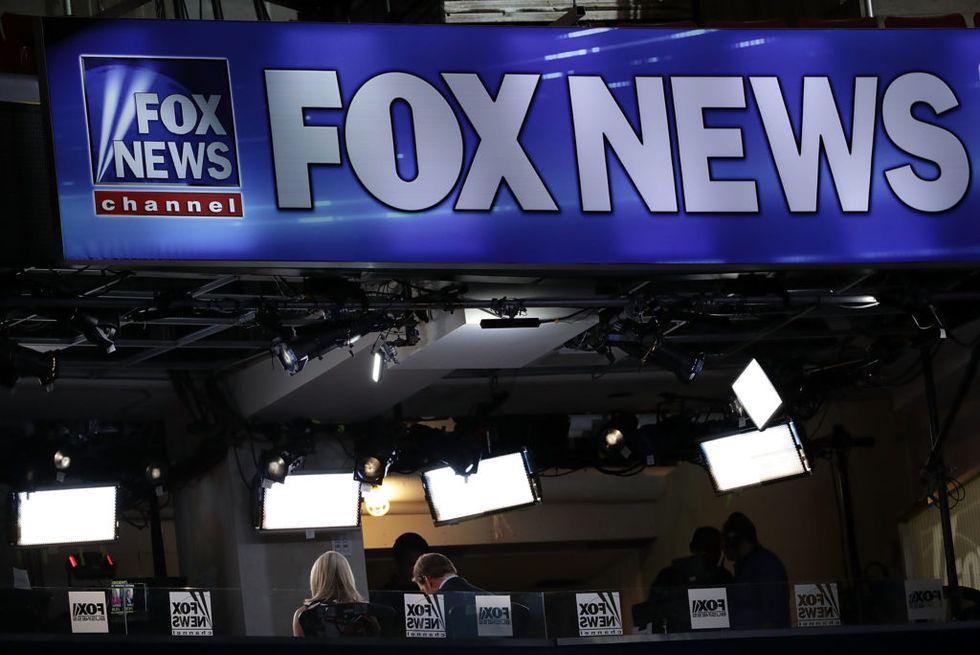 In the middle of a hectic news day, the President's favorite new source, Fox News, made a typo (or Freudian slip?) in a news alert that couldn't have been more unfortunate.

It came during reports that numerous nemeses of President Donald Trump and the Republican Party received or were meant to receive pipe bombs or other suspicious packages in the mail. The would-be recipients included former Secretary of State Hillary Clinton, Former President Barack Obama, and Donald Trump's least favorite news network: CNN.

In addition to the device, it's been reported that the package sent to CNN also contained a mysterious white powder.

And this is where Fox News should have proofread more carefully.

"White power" is a rallying cry for white supremacists used to intimidate those who don't meet their genetic or cultural criteria.

Fox News Channel - which many believe to be more of a Republican mouthpiece than an actual news network - has often been criticized for its lack of diversity, its racist reporting, and the many Trump supporting hosts (like Sean Hannity) to whom it gives air time.

People pounced on the mishap.

The idea that Fox News of all networks would make this mistake is, unfortunately, not too far-fetched.

In a segment praised by former Ku Klux Klan leader David Duke, Fox host Laura Ingraham lamented the "demographic changes" supposedly forced upon Americans, even clarifying that she was referring to illegal and legal immigration:

"The America we know and love doesn't exist anymore. Massive demographic changes have been foisted on the American people, and they are changes that none of us ever voted for, and most of us don't like ... this is related to both illegal and legal immigration."

For many, the terms "Fox News" and "racist" often go hand in hand.

Trump and Fox News trying to use the migrant caravan as a scare tactic is racist and irresponsible. In other words… https://t.co/rPz35lNczV
— Travis Allen 🇺🇸 (@Travis Allen 🇺🇸) 1540323790.0

Fox News has yet to comment on the unfortunate typo, but at this point, it seems like little difference would be made.