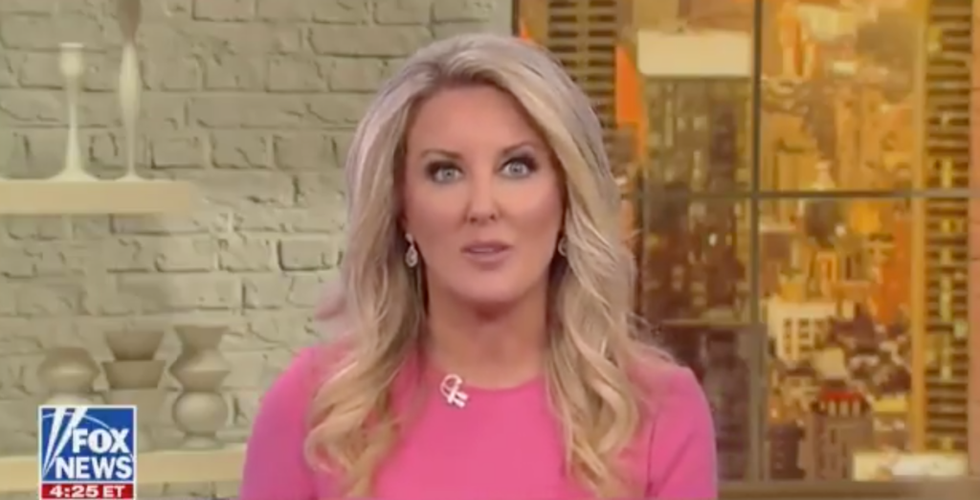 Fox News hosts were called out on Tuesday for misrepresenting the results of a poll conducted by its own Network.

Nearly every American has addressed, whether aloud or in their mind, one of the poll's most notable questions:

Do you think President Trump should be impeached and removed from office, or not?

Though many Democrats are wary of launching impeachment proceedings against Donald Trump—fearing it would make the party look radical—at least half of Americans think Donald Trump should be impeached.

But that's not how Fox News characterized it.

The beginning of the video, posted by journalist Tommy Christopher, shows Fox News anchor Heather Childers presenting a graphic which she said indicated that "most voters don't want impeachment."

You may have noticed that the question "Should President Trump be impeached or removed from office?" was not the question responders were asked. Impeachment without the option of removal was another question the poll asked.

As indicated in the poll results above, 50% of Americans think Donald Trump should be impeached, with 43% believing that impeachment should lead to removal from office and 7% thinking the process impeachment without removal would suffice.

On America's Newsroom later that morning, the poll had been corrected to show the itemized answers.

Despite its own data indicating that more Americans want Trump impeached than not, America's Newsroom host Bill Hemmer asked contributor Byron York to elaborate on the 48% number without drawing attention to the fact that 50% of Americans think the President's behavior has warranted impeachment hearings.

Fox News's misrepresentations aside, Americans were buoyed by the idea that more of the public was warming up to impeachment.