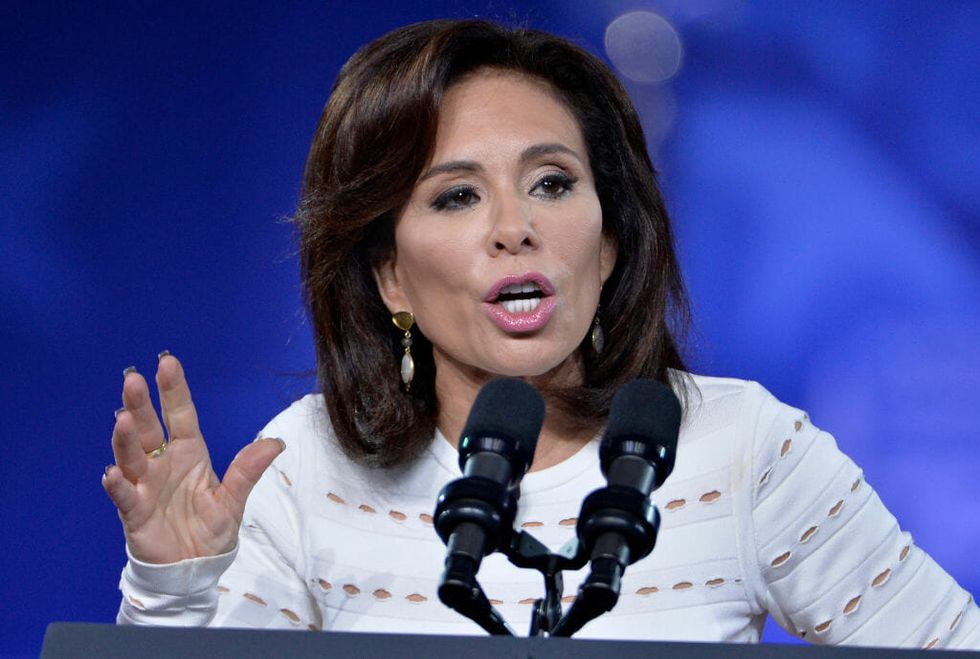 After the act of domestic terrorism in El Paso, Texas where 22 people were murdered and over two dozen more were injured, many people looked at the motives of the White nationalist shooter. But few major news network personalities echoed the killer's words as Jeanine Pirro has in a recent radio interview.

Pirro made an appearance on Fox News Radio's conservative program The Todd Starnes Show to push her latest book and floated the "Great Replacement theory" often touted as justification for violence and acts of terrorism by White nationalists—including the El Paso domestic terrorist.

"They hate Donald Trump—he’s the one they want to get rid of."

"Their plot to remake America is to bring in the illegals, change the way the voting occurs in this country, give them licenses. They get to vote—maybe once, maybe twice, maybe three times."

"Think about it. It is a plot to remake America—to replace American citizens with illegals who will vote for the Democrats."

People took exception to someone with Pirro's visibility and platform quoting from a domestic terrorist's manifesto as good advice and a sound warning for Fox listeners to heed.

@JasonSCampbell "We must secure the existence of our people and a future for white children" - continued Pirro.
— Comfortably Numb (@Comfortably Numb) 1567096404.0

@JasonSCampbell Did Pirro ghost write the manifesto for the Walmart shooter?
— PooderScoot (@PooderScoot) 1567096542.0

While some found it par for the course at Fox News.

Despite repeated claims of voter fraud by President Trump and his supporters, the only widespread fraud uncovered after extensive inquiries involved a 2018 Republican candidate in North Carolina who engaged in ballot fraud. Inquiries continue into potential voter fraud—again favoring the GOP—in Georgia.

Pirro—a vocal supporter of President Trump who was once chastised by Fox News for appearing on stage at a MAGA rally and suspended over racist remarks about Representative Ilhan Omar—courts controversy on her own Fox News program Justice with Judge Jeanine. Pirro was elected and served for two years as a judge in Westchester County, New York from January 1991-November 1993.

The book One Person, No Vote: How Voter Suppression Is Destroying Our Democracy is available here.