Fox News Just Asked Why So Few Americans Are 'Extremely Proud' Of The U.S., And Twitter Was Brutally Honest 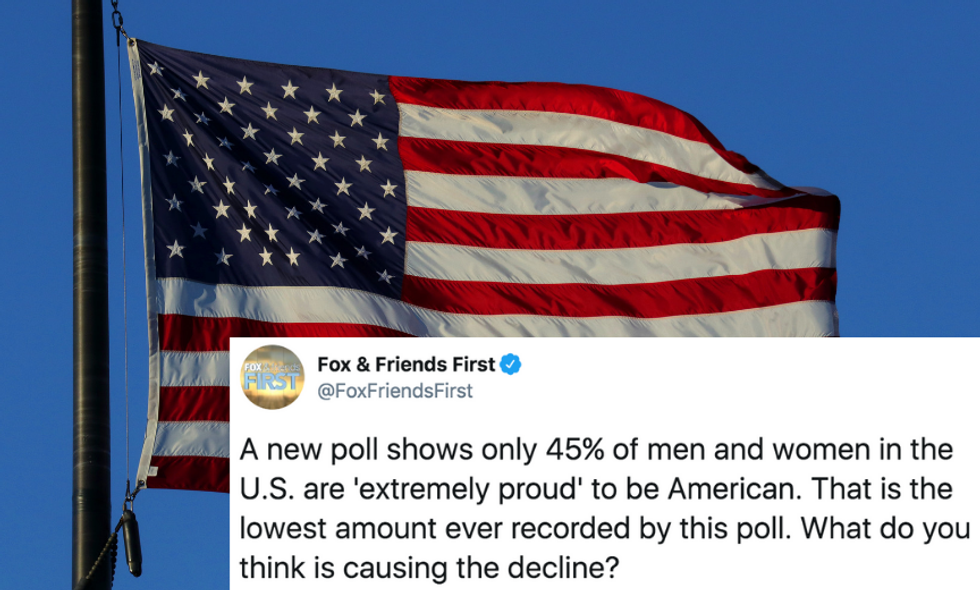 In the days leading up to the 4th of July holiday, Gallup released its annual poll asking Americans how proud they are of their country, and found our national pride has hit an all-time low.

The poll found that only 45% feel "Extremely Proud" of the United States, the lowest level polled since Gallup first started asking the question in 2001.

While 70% of U.S. adults overall say they are proud to be Americans, this includes fewer than half (45%) who are "extremely" proud, marking the second consecutive year that this reading is below the majority level.

After the poll was released, Donald Trump's favorite morning show, 'Fox and Friends,' decided to get feedback from its Twitter followers, asking:

"What do you think is causing this decline?"

Well, Twitter did not hold back from offering all of the answers.

Trump's coziness with Putin, as well as his draconian immigration policies were popular responses.

With more than 14,000 replies on a tweet retweeted by fewer than 1,000 people, the ratio was in full effect.

People did not hold back.

And of course, there were gifs and memes aplenty:

Any other questions, Fox?