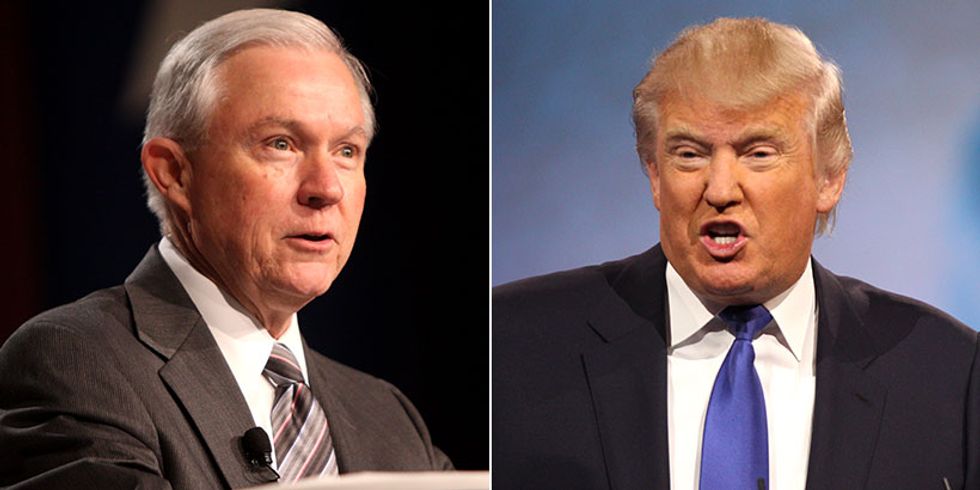 In U.S. history, it would be hard to find a presidential administration that displayed more contempt for science than the Trump administration has in just its first three months.

A few of the lowlights include:

And more recently, Attorney General Jeff Sessions announced that the Justice Department would not renew the National Commission on Forensic Science when it expired on April 23rd.

The commission is an independent panel of scientists, attorneys, and members of law enforcement who advise the justice department on the use of scientific evidence in the criminal justice process. It was created by the Obama administration in 2013 to help ensure the highest standards for the use of forensic evidence in criminal justice proceedings.

The Justice Department's decision comes just days after the commissioners sent AG Sessions a letter urging him to renew the commission's charter.

Attorney General's proposed alternatives to an independent commission include the appointment of "a Senior Forensic Advisor to interface with forensic science stakeholders and advise Department leadership."

In other words, not independent at all.

As U.S. District Judge Jed S. Rakoff of New York said: "It is unrealistic to expect that truly objective, scientifically sound standards for the use of forensic science...can be arrived at by entities centered solely within the Department of Justice."

Sessions has also suspended an expanded review of several evidence gathering techniques the FBI has relied on when offering expert testimony in criminal cases. The accuracy of these techniques had been called into question by Obama administration experts and a review had been ordered late last year.

In addition, the Obama administration initiated agreements between the civil rights division of the Justice Department and troubled police departments around the country to implement reforms to ensure the civil rights of citizens are protected. In January, the Obama DOJ came to an agreement with the Baltimore Police Department in response to the death of Freddie Gray, who was fatally injured while in police custody in 2015. Jeff Sessions has already asked for a 90 day delay on implementation of this agreement and intends to review all of the others currently in effect.