The shooter is still at large. 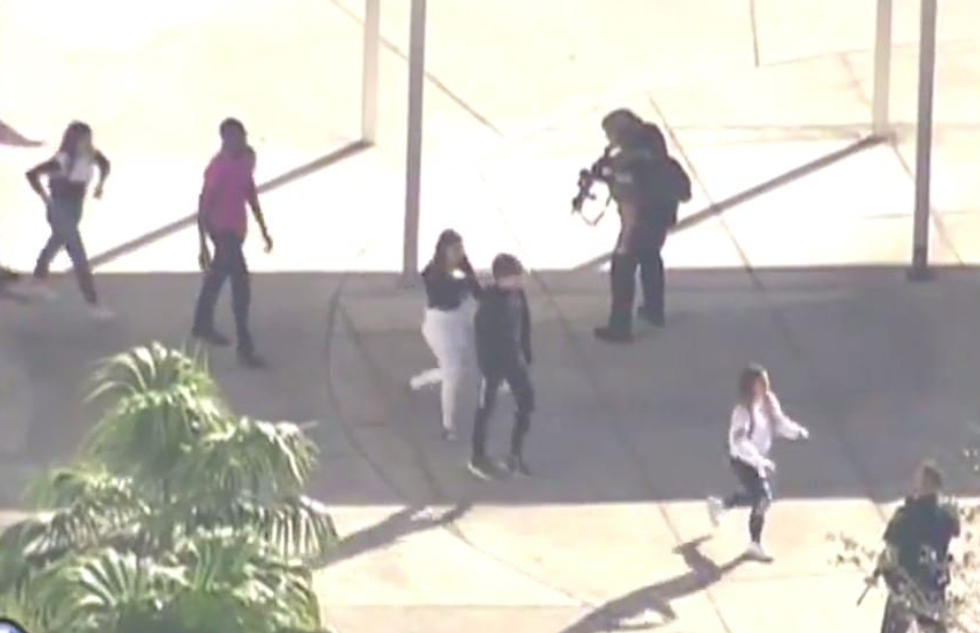 UPDATE AS OF 4:11 PM: The shooter, per the Broward County Sheriff's Office, is in custody, and "the scene is still active."

FINAL UPDATE: The shooter has been identified as Nikolas Cruz, 19, a former student who'd been expelled. 17 students died during the shooting.

There are 3,208 children in grades 9 — 12 enrolled at the school. More than 20 people have been injured. According to NBC, the school shooter pulled the fire alarm so students and teachers would come into the hallway before opening fire.

A television news helicopter report via WPLG showed "multiple people being taken on gurneys into fire rescue ambulances and groups of children walking across Pine Island Road," according to Sun Sentinel.

Students at Stoneman Douglas High School in Parkland, Florida file out with their hands up amid reports of a shooti… https://t.co/qoGopTeV5l
— World News Tonight (@World News Tonight) 1518639830.0

The Coral Springs Police Department has urged residents to stay away from the area.

Parkland Mayor Christine Hunschofsky told NBC Miami that the school was placed under immediate lockdown. "It’s sad. It’s sad that these tragedies happen in our country," she said. "Many of the students have been in touch with their parents. We have many many parents out here."

Students and teachers in the locked-down school building have been instructed to remain barricaded inside until officers reach them. A parent of a student told reporters that her son was hiding in a closet with his classmates and that teachers had told them not to leave the building.

Dozens of law enforcement vehicles are on site, including one tank. Law enforcement officers are heavily armed. Officials confirmed that FBI agents from the Miami division were en route.

The Broward County Sheriff's Department confirmed that the shooter is still at large. A Fox News report revealed that local authorities have identified the shooter as a student who attended class earlier today.

President Donald Trump has not yet issued a response, but media outlets have been able to confirm that he has been "made aware."

We are monitoring the horrible unfolding situation in Broward County, Florida with reports of a shooting at a local high school. #Sayfie
— Marco Rubio (@Marco Rubio) 1518638611.0

Some students have taken to their social media accounts to confirm they're still on lockdown––and safe. "Still locked in," wrote one student, who closed their inbox from a slew of messages that have poured in and urged others to "pray" for the victims and their families.