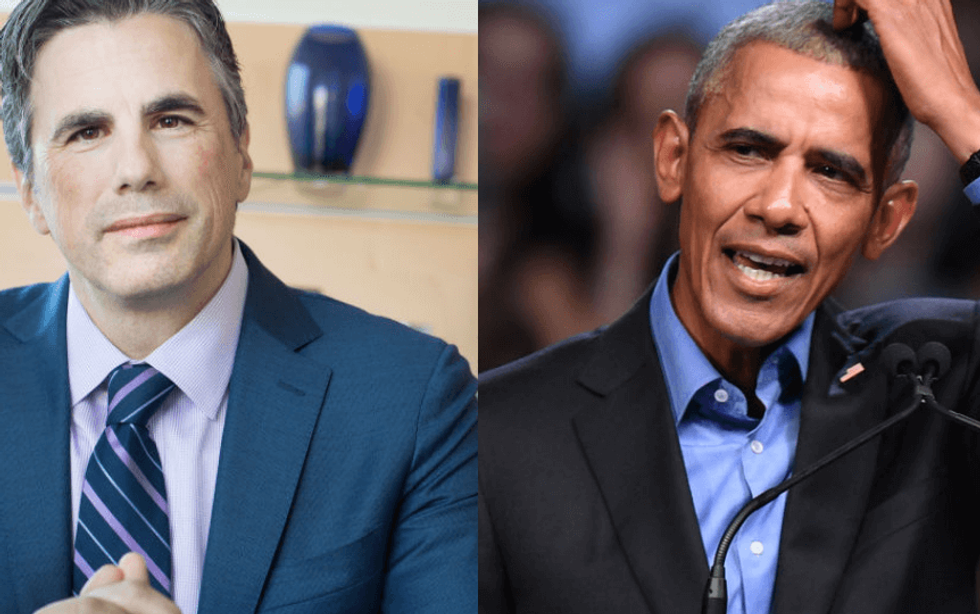 The assertion in Attorney General William Barr's summary of the Mueller Report that Special Counsel Robert Mueller found no evidence of collusion between the Trump campaign and Russian operatives to influence the 2016 election have emboldened many Conservatives to take revenge on Democrats.

It's not clear what Fitton thinks would come of impeaching Obama. The impeachment process in the United States is "remedial, not penal," and "judgments are limited to no more than removal from office and disqualification to hold future office," according to Cornell Law School's Legal Information Institute.

Impeaching Obama would obviously not remove him from office, and it doesn't "expunge his presidency," as many conservative Twitter commenters seem to believe.

It would prevent him from holding any other office in the future.

Fitton is the author of Clean House and The Corruption Chronicles, and is president of the Judicial Watch, a "conservative, non-partisan educational foundation" that has been doggedly attempting to bring charges against both Obama and Hillary Clinton.

This isn't the first time Fitton has made noises about impeaching Obama.

"If there is anyone who needs to be on the dock, it would be President Obama," Fitton once said in an interview, stressing that Obama employed a "Nixonian use of various agencies to target candidate Trump."

REPUBLICANS: Now that Mueller is done we need to move forward to govern together as a country ALSO REPUBLICANS: We… https://t.co/z7tgX2MA6y
— Chris Jackson (@Chris Jackson) 1553526415.0