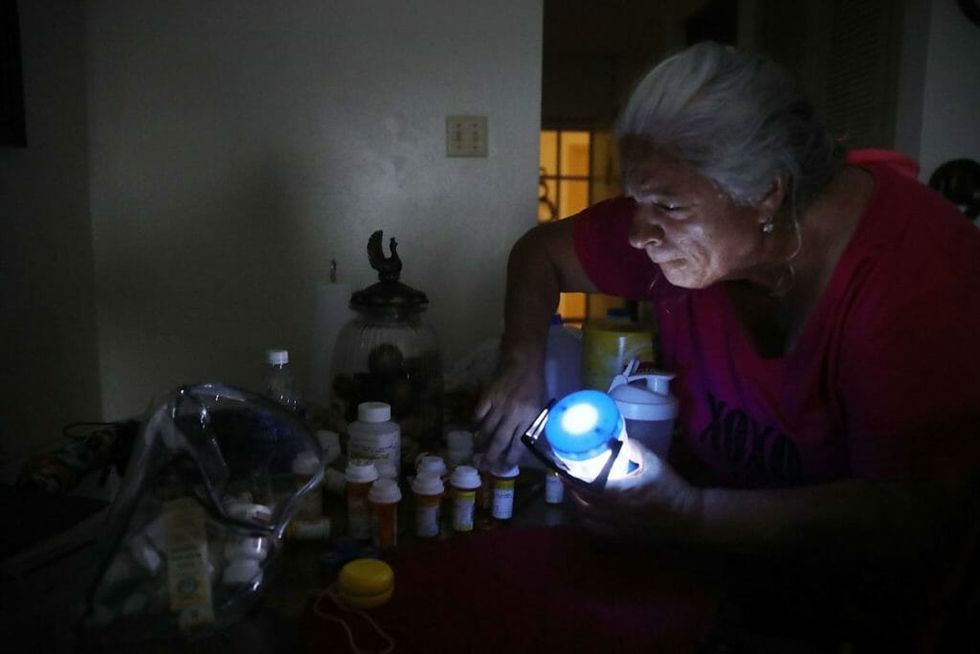 President Trump’s administration really doesn’t want you to know just how badly things currently are in Puerto Rico. The recovery has been slow and ineffectual, contrary to what the U.S. president's assertions would have people believe, and now Federal Emergency Management Agency (FEMA) has removed from their website their own statistics about the lack of fresh drinking water and electricity available to Americans on the island.

FEMA has been documenting on its website the federal response and its effectiveness in Puerto Rico in the wake of Hurricane Maria’s widespread devastation. As of Wednesday, their statistics claimed that only half of the island’s population of over 3.5 million now has access to drinking water, and that only five percent of the island has restored electricity. By Thursday morning, those specific statistics had been removed from the FEMA website, while other statistics remain.

For reasons not explained by FEMA spokesman William Booher, the two removed statistics, which reveal a glaring stagnation in the federal response’s recovery of the island, have been moved or are still being reported on the Spanish-only www.status.pr - a website maintained by the office of Puerto Rican Governor Ricardo Rossello. The accuracy of the information of this website is not regulated by the federal government. As of yesterday afternoon, the governor’s website claims 9.2 percent of the island has restored power, and 54.2 percent of residents have access to drinking water.

In the absence of information about the lack of power and water, the remaining statistics still on the FEMA website illustrate a more expedient and positive recovery process. Hospitals as well as all ports are now open. While 65 percent of grocery stores are now open, the FEMA website does not mention the availability of food within those stores. Thirty miles of roadway have been cleared, but the miles of total roadway on the island is not mentioned.

The Department of Defense hospital ship USNS Comfort only just arrived to Puerto Rico on October 3, more than a week after Hurricane Maria’s departure.

Read Trump's own summation of Puerto Rico's recovery on Page 2...

The statistics that do remain on the FEMA website for the most part do agree, or at least do not overtly contradict President Trump’s praise of the federal government’s “amazing work” in Puerto Rico.

We have done a great job with the almost impossible situation in Puerto Rico. Outside of the Fake News or politically motivated ingrates,...
— Donald J. Trump (@Donald J. Trump) 1506860534.0

...people are now starting to recognize the amazing work that has been done by FEMA and our great Military. All buildings now inspected.....
— Donald J. Trump (@Donald J. Trump) 1506860786.0

Trump, who measures success and calamity by death toll numbers, even made sure to tweet photos to prove his claims.

My Administration will continue to work around the clock with Governor @RicardoRossello & his team. Great progress… https://t.co/DVVjRoZox7
— Donald J. Trump (@Donald J. Trump) 1507078390.0