You sure you want to go there? 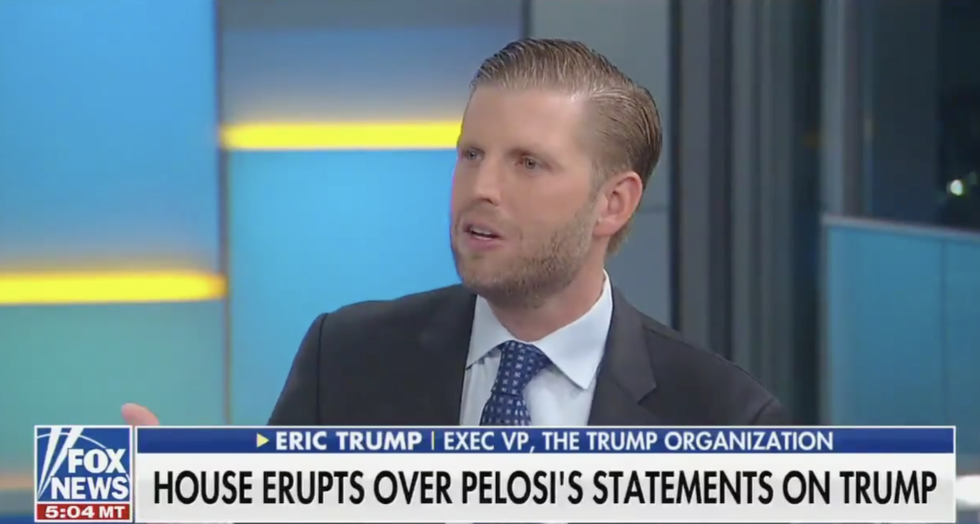 In the wake of President Donald Trump's racist tweets  toward four Democratic congresswomen of color, his son—Eric Trump—went on Fox & Friends to defend his father on the family's favorite network.

He repeated his father's claims that the four lawmakers—Congresswomen Ilhan Omar (D-MN), Rashida Tlaib (D-MI), Alexandria Ocasio-Cortez (D-NY), and Ayanna Pressley (D-MA)—are full of hate, that they "say antisemitic things every single day," that they "let ICE offices get stormed," and a rogues gallery of other baseless claims. Predictably, Eric pivoted to the economy and unemployment rates, which have been steadily improving since former President Barack Obama's tenure.

While most of Trump's claims were typical campaign talking points, the accusation that the four congresswomen—known colloquially as "the squad"—are the most hate-filled group generated a bevy of jeers, considering the tactics of Donald Trump and his allies.

People were wondering if Eric Trump needed to see his reflection.

But it's likely these comments will ring true to one audience only.

Speaking of hate-filled, it's worth mentioning that Eric Trump lied to donors about giving money to kids with cancer.