Democratic Congressman Just Shared a Threatening Voicemail He Received to Make a Point About the NRA, and It's Truly Chilling 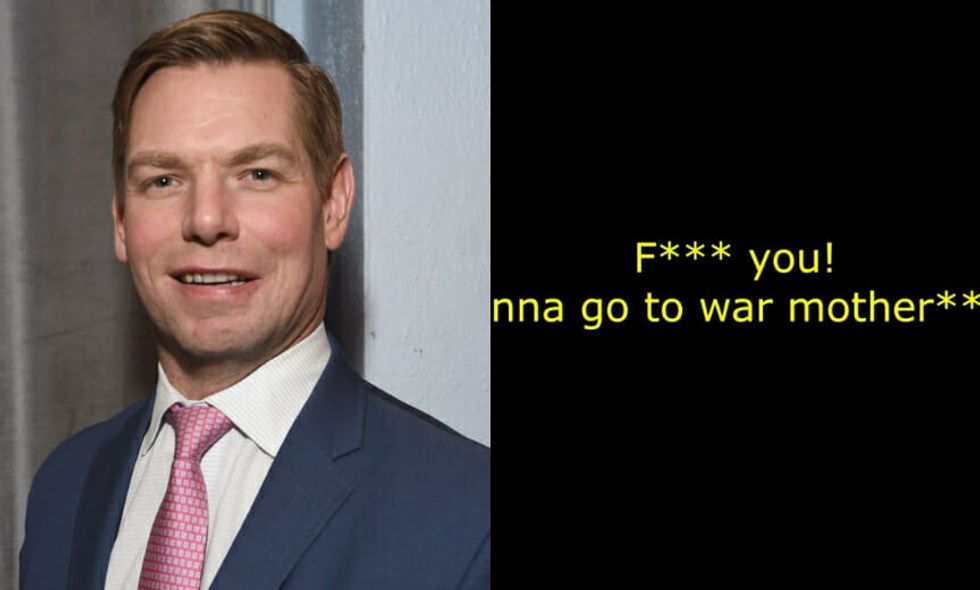 A Democratic Congressman posted a voicemail on Twitter that received from an irate individual mimicking the sound of a gun and threatening to start a war.

"Eric Swalwell - here's a little ditty for ya - pop pop popbop pop pop," the man said. "Thirty round clip, you're all gonna drop."

The rhetoric escalated from there:

"And I don't give a f*ck anymore. You motherf*ckers think you got some new young motherf*cker going to take over and f*ck the Constitution."

"F*ck you! You wanna go to war motherf*cker? We're going to war. And you're going to be the first motherf*cking casualty. F*ck you."

Swalwell in his video said that even though Congress has voted in favor of better background checks, they also "must pass ban and buyback assault weapons next." Swalwell, who sits on the House Judiciary Committee, has advocated for buyback programs, particularly assault-style weapons like the notorious AR-15.

These truly are dangerous times.

@RepSwalwell @ladyhawkerfinds I am appalled and mystified to hear that kind of hate rhetoric aimed at an American b… https://t.co/qC4xb4KAd5
— Mazie’s Daisies (@Mazie’s Daisies) 1554316720.0

Hopefully the authorities catch the caller because he is the type of person who should never have access to firearms.

@RepSwalwell Please tell me you reported this to the police and they scooped up this telephone tough guy.
— Jon Zal (@Jon Zal) 1554314839.0

@RepSwalwell I hope it's already been traced. Meanwhile, he clearly illustrates that he has no business being arme… https://t.co/vl6jY4R24F
— Chris Gambardella (@Chris Gambardella) 1554314592.0

@RepSwalwell @ladyhawkerfinds I am appalled and mystified to hear that kind of hate rhetoric aimed at an American b… https://t.co/qC4xb4KAd5
— Mazie’s Daisies (@Mazie’s Daisies) 1554316720.0

This is what gun control advocates are up against.