And the movement's gaining popularity. 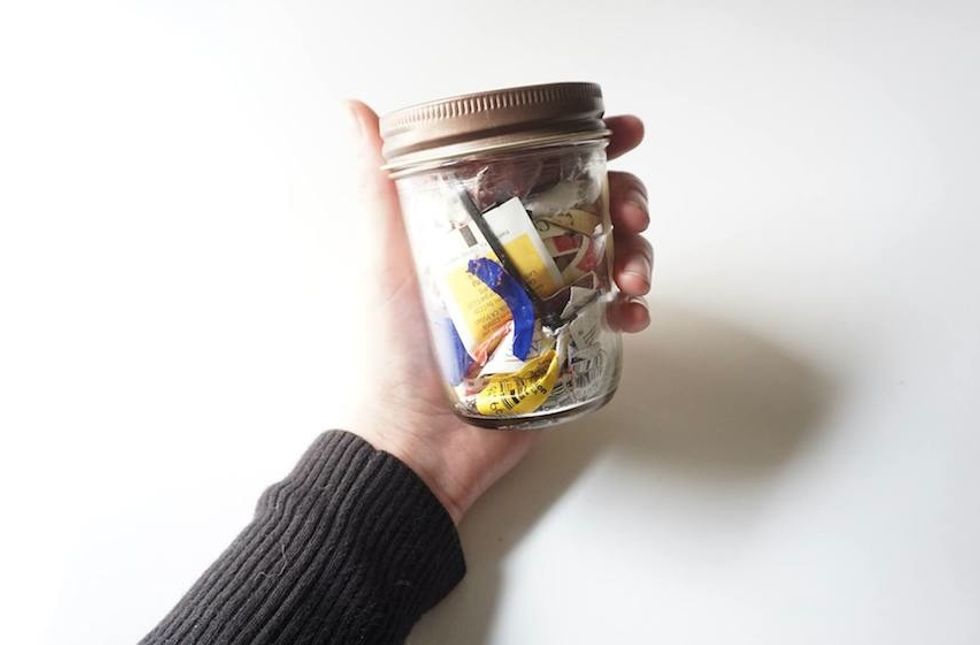 You may not think much about what you throw in the garbage over the course of a day — a plastic straw here, some plastic wrap there — but if you’re anything like the average American, you probably produce quite a bit of trash.

Roughly 4.4 pounds, to be exact, which, when added to your fellow citizens’ effluence, adds up to a staggering 250 million tons being thrown out in the U.S. each year — more than any other country in the world. And there’s no sign of a slow-down.

“There is no end in sight to this trend,” the United Nations Environment Program told the Los Angeles Times in 2016. “Public waste systems in cities cannot keep pace with urban expansion; rapid industrialization is happening in countries that have not yet developed the appropriate systems to deal with hazardous and special wastes.”

However, there is a movement that aims to reverse the tide, one individual at a time. It’s called “zero waste,” and its adherents — many, if not most, of whom are young female bloggers — aim to produce just one 8-ounce jar of trash per year. (Or, in the case of one particularly ambitious blogger, four years’ worth of trash in a 16-ounce jar.)

That’s not a typo — there are hundreds of people who are able to fit a full 12 months’ worth of household refuse in a single jam jar. Everything else must either be composted, recycled, reused or, in the case of items like plastic bags and straws, rejected from the outset.

Though it may sound more like a pet project of hippies and eco-warriors, zero waste is becoming increasingly mainstream. Gwyneth Paltrow sells a Zero Waste Starter kit on her Goop website, for instance, and the Finnish Cultural Institute in New York in late May finished its run of Zero Waste Bistro, a pop-up breakfast and lunch restaurant comprising all recyclable and reusable materials to cook and serve organic, sustainable cuisine.

“It’s time to rethink the way we live, the way we eat and the materials we use,” Kaarina Gould, executive director of the Finnish Cultural Institute, told green-design website Inhabitat. “With Zero Waste Bistro, we’re proposing a future that reduces waste and helps to regenerate our natural environment, making it livable for generations to come; a future that’s already here if we make the right choices.”

Just how do the zero wasters fit all that trash in an 8-ounce jar, though? According to Kathryn Kellogg, a Vallejo, Calif., resident who runs a blog called Going Zero Waste, it’s a matter of making small yet consistent changes to one’s routine.

“Many such solutions to waste are insanely simple,” she toldNational Geographic. “And any step to reduce waste is a step in the right direction.”

For instance, buying foods in bulk and bringing your own containers to the store, packing lunches in reusable containers, composting food scraps, buying used instead of new, and using cloth napkins with meals are all ways for consumers to make a serious dent in their garbage output over time.

Bea Johnson, who has been producing one small jar of trash a year since 2008, puts it in more simple terms on her long-running blog Zero Waste Home: “refuse, reduce, reuse, recycle and rot.” Everything else goes into the jar, as she explained to the South China Morning Post earlier this year:

“What’s in the jar is all the items we were not able to apply to my methodology of the five Rs. This is the jar for 2017…. Actually, this jar is really packed — if you open it, it explodes. It has foam from my son’s headphones; bristles from our bam­boo tooth­brushes, we prise them out because they’re not com­postable; [my husband’s] contact lenses; the green thing is my son’s retainer; labels from clothing, they itch and I can’t stand them.

If bamboo toothbrushes seem a bit overwhelming, that’s OK, say adherents — stick with what you feel you can do, as even the smallest change in routine can make a big difference for the environment over time.

“There’s a fear of being rejected when you try to do things differently,” Kellogg said. “But it’s not a radical act to clean up a kitchen spill with a cloth towel instead of a paper towel.”