UAE Plans to Tow Iceberg from Antarctica for Drinking Water… and Rain?

A group from the UAE plans to tow an iceberg from the Antarctic to extract water for its citizens. While the group’s leader also hopes the iceberg will also improve weather patterns and tourism, critics question the efficacy and environmental impact of this plan. 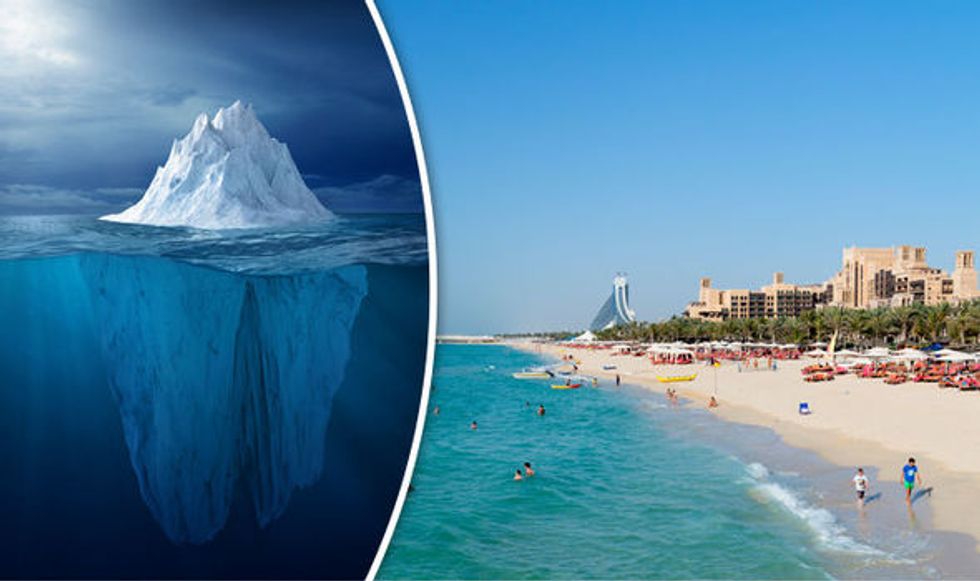 A company in the UAE plans to tow an iceberg from the Antarctic to provide fresh water for UAE citizens. The head of the project also looks forward to its potential positive side effects, such as influencing the UAE’s climate and tourism. However, critics question whether such an endeavor can or even should be undertaken for logistical, legal and environmental reasons.

Obtaining Water from the Iceberg

As one of the world’s top 10 most arid countries, the UAE’s desert climate will create a serious water crisis over the next 25 years. While the country consumes more than double the national average in water each year, it receives less than four inches of rain annually—leaving the UAE in search of what some would consider desperate solutions.

Beginning in 2018, the National Advisor Bureau headquartered in Abu-Dhabi plans to retrieve huge ice blocks from Heard Island, 600 miles off the coast of Antarctica. The group will then tow the iceberg 5,500 miles to the Gulf Coast, to Fujairah, one of the seven emirates—or territories—which make up the UAE, taking approximately one year. If successful, the iceberg that contains billions of gallons of water could provide enough water to sustain one million people for five years.

In addition to his hopes that the iceberg will create more rain for the region, Al Shehi is optimistic it will become a tourist attraction for the UAE. Specifically, if successful, he

anticipates the project will encourage people to travel to view the curious attraction of an iceberg off the Arabian Gulf coast.

The concept of the towed iceberg as a by-product tourist destination adds more fuel to the assertion of Professor Martin Siegert—co-director of the Grantham Institute for climate change and the environment at Imperial College London—who called the entire plan a “stunt.”

For instance, Siegert explained that icebergs typically do not exist far north of Antarctica because of the Southern Ocean’s turbulent seas and strong polar current. “Breaking through this would be a major feat, and would depend on favorable conditions that are not guaranteed.” He added that the iceberg would likely melt, break apart, or get caught in undercurrents during the towing process.

Such a venture, which remains in the early planning stages, still requires approval from several governmental bodies. First, the UAE government will need to authorize the project, as will Australia and other governments of nations whose ecosystems will be affected by the large ship dragging the iceberg across their ecosystems. In fact, global treaties that subject Antarctica to environmental regulations could also affect the project.

Likewise, environmentalists such as Charlotte Streck—director of the consultants firm Climate Focus—have been also been critical of the idea. Streck told the AP the project ran “counter to all ideas of climate change adaptation," and called it “exceptionally futile” and “expensive.” Robert Brears, of the climate think tank Mitidaption, estimates the upfront expenditure will cost at least $500 million.

Meanwhile, Al-Shehi counters that the process is less expensive than desalinization, which currently provides most of the Gulf region’s water, and emphasized the financial benefits from his predicted weather changes and increased tourism. To the National Advisor Bureau, these benefits are worth the risks outlined by their critics.

According to Al-Shehi, "The icebergs are just floating in the Indian Ocean. They are up for grabs to whoever can take them."