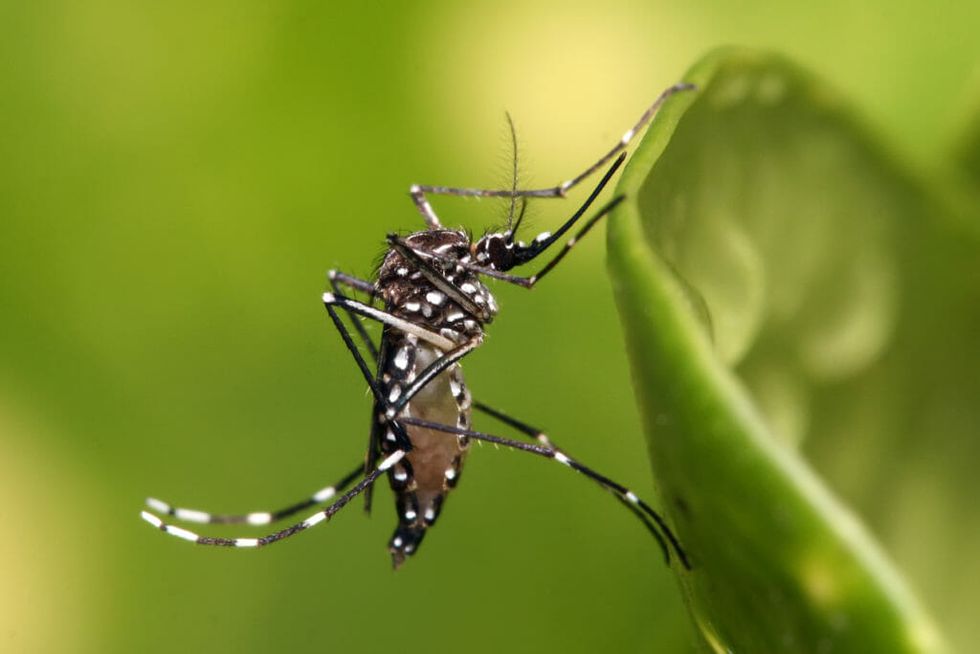 On July 14, 2017, Google’s sister company, Verily, began a staggered release of 20 million bacteria-infected male mosquitoes in central California, as a pet-project of their parent company Alphabet’s life science’s division. The goal is to minimize a specific species of mosquito—known as the Aedes aegypti—which carries certain dangerous diseases such as Zika virus, yellow fever, and dengue fever. While these diseases do not currently threaten California residents, climate shifts are causing scientists to take preventative measures now.

The History of the Mosquito Problem

Mosquitoes are more deadly to humans than all other animals combined because the diseases they carry sicken hundreds of millions annually. The mosquito known as Aedes aegypti first appeared in California’s Central Valley during 2013. Since that time, its population has rapidly adapted, particularly in Fresno County.

"It's a terrible nuisance, a terrible biting nuisance. It's changed the way people can enjoy their backyard and it's a threat for disease transmission," warned Steve Mulligan of Fresno County's Consolidated Mosquito Abatement District.

Jacob Crawford, scientist and author of the Debug Fresno blog, said, “The ability to kill entire mosquito populations could significantly curb disease transmission.” More than 800,000 people die each year from diseases carried by mosquitoes, he added. “And in a warming world, the range of some of these disease spreaders is expanding, making population control efforts more urgent than ever.”

To reduce the population of mosquitoes, Verily is using the sterile insect technique (SIT) to release millions of sterile males to mate with uninfected females, rendering them unable to produce offspring.

In the lab, scientists infected male mosquitoes with bacteria, known as Wolbachia pipientis, rendering them sterile. According to the scientists’ plan, the uninfected females that these mosquitoes mate with will also become unable to reproduce. The process is based on a scientific occurrence known as cytoplasmic incompatibility, "matings between Wolbachia-infected males and uninfected females results in embryo lethality or low hatch rates," William Sullivan and Scott L. O'Neill explained.

Wolbachia is "naturally found in at least 40 percent of all insect species," but typically not in A. aegypti.

Theoretically, if enough sterile insects are introduced in an area, they will reduce or even eliminate the local population. However, SIT can be quite expensive, labor intensive, and time-consuming process. Therefore, Verily developed “automated mass rearing,” processes and  robotic technology to sort male from female mosquitoes, and software algorithms to plan for effective, targeted releases of the mosquitoes.

Beginning on July 14, 2017, only 1 million mosquitoes had been set free in Fresno, California—known as operation Debug Fresno. The rest were scheduled to be released at a rate of 1 million per week.

Two particular benefits from releasing males is that only female mosquitoes bite, which is what allows them to spread disease. Therefore, by focusing on males, the project will not introduce any new disease-spreading mosquitoes. Also, local residents will not be threatened by additional mosquitoes biting them.

A successful previous sample study occurred in 2016 with Wolbachia-infected mosquitoes in Fresno. This expansion will cover two neighborhoods, each about 300 acres. Effectiveness will be measured by comparing adult mosquito population density and the egg hatching of the Aedes aegypti species in the target areas versus two control areas.

Crawford said, “Over time, we hope to see a steep decline in the presence of Aedes aegypti in these communities.”

This species of mosquitoes live just over a week. As the study proceeds, the females in the affected neighborhoods should find it increasingly difficult to find uninfected males to mate, leaving each life cycle with far fewer new mosquitoes. Eventually, it may be possible to eliminate the biting disease carriers from specific areas altogether.

Effects and Benefits of Bacteria-Infected Mosquitoes

No identifiable risks to humans or the environment have been identified from the Wolbachia-infected mosquitoes.

Scientists are working with the Environmental Protection Agency, which is regulating the infected mosquitoes as "microbial pest control." In 2016, the EPA performed an ecological risk assessment which concluded that altered mosquitoes, such as those in this study, will not harm other organisms.

Furthermore, A. aegypti is not native to Fresno County; officials do not predict any effect on the local ecosystem from reducing or eradicating it.

Verily’s SIT solution is appealing because it requires no genetic modification or engineering, which could trigger opposition from releasing those types of genes into the environment.

Instead, Verily’s automated system can raise approximately one million mosquitoes per week in its lab, by technologically introducing the bacteria to the male mosquitoes. This speed offers a quicker response time to combat the spread of serious diseases.

Senior engineer for Verily Linus Upson explained: "If we really want to be able to help people globally, we need to be able to produce a lot of mosquitoes, distribute them to where they need to be, and measure the populations at very, very low costs."

Remarking on the field trial planned for later this year in Australia, Upson said, "We want to show this can work in different kinds of environments."

If the current study in central California is successful, similar efforts will likely be performed around the world to target the mosquitoes that carry malaria and other diseases. Comparable tests have occurred or are ongoing in Vietnam, Brazil, and Australia.

Wolbachia also prevents transmitting diseases like Zika in the first place. In a 2016 study in Brazil, researchers learned that the A. aegypti "carrying Wolbachia bacteria were highly resistant to Zika virus infection, and were unable to transmit the virus via their saliva."

“The blocking effect is very [large],” study co-author Luciano Andrade Moreira told The Scientist, adding that “we can use these mosquitoes to reduce incidence of Zika virus in the wild.”

Speaking of the 2016 Brazil study, Jack Werren of the University of Rochester in New York, who wasn’t involved in the study, said: “It’s extremely timely and important work.” He added, “With the looming potential crisis with Zika virus, this is an important study to do.”

One year later, Werren could have easily been speaking about Verily’s SIT study, which has the potential not only to spread the Wolbachia more widely among the mosquito population, but to quickly eradicate a large population of mosquitoes that could carry Zika at some point in the future.